Man fulfils his dream to live like a dog 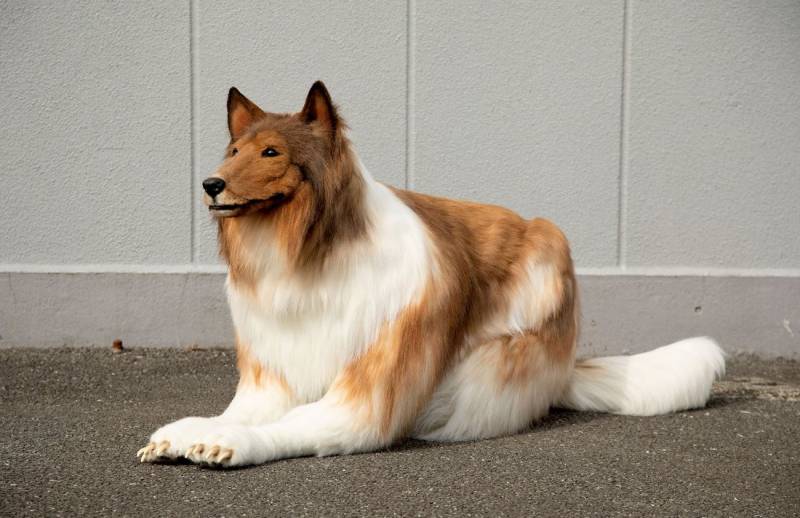 A Japanese man has fulfilled his enduring dream to look alike a dog and spent nearly 3 million Pakistani rupees on the costume, which took more than a month to make.

International news outlets reported that the man, who is known only by his Twitter username Toco, opted for a rough collie costume that he could inhabit.

A special effects workshop known for making sculptures for movies and adventure parks, made the lifelike costume as per Toco’s wish who always wanted to look like the Border Collie – a British breed of herding dog.

Toco, around a month back, shared his weird fantasy with the world and revealed that he wanted to share his journey living as a pooch with the world.

The art workshop revealed that its’ was a difficult project for them to make Toco look like an actual dog as the anatomy of the two is completely different.

A spokesperson for the company said they took pictures of dogs from different angles, enhanced the fluffiness of the coat to hide the shell of the costume as much as possible, and made the mouth open and close by itself.

The expensive costume was reportedly hand-crafted using synthetic fur and is significant to the dog breed down to the smallest details.

The Japanese man said he felt it was a waste to wear it alone and be satisfied, so he shared the clip. “I didn’t expect it to have such an impact, though,” he added. He responded that it was ‘difficult’ to answer when questioned about his fantasy.

Meanwhile, Toco’s bizarre fantasy and huge expenditure made headlines across the globe. Social media users are trying to figure out his desire to live as a canine.