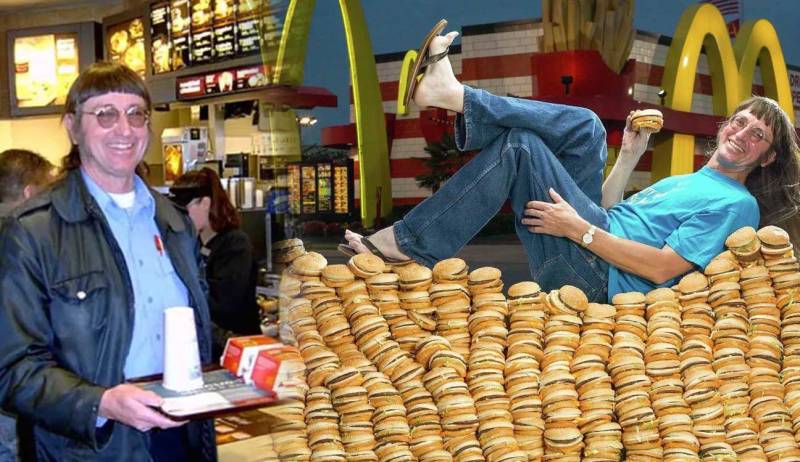 On Tuesday, the 68-year-old, who hailed from the midwestern US state of Wisconsin, marked the 50-year anniversary of him eating the Big Mac almost every day, per Guinness World Records.

The top authority on record-breaking achievements said the US man got his hands on the burger in 1972 when he visited his local McDonald's in Fond du Lac.

Today's the day for Don Gorske! 🚨

He has eaten a Big Mac from @McDonalds EVERY DAY for the last 50 YEARS! 🍔

The junk food enthusiast, who is apparently in a healthy shape, never missed eating his favorite burger in the last five decades except for the eight days in this period. “I’ve counted every Big Mac I’ve eaten my whole life,” he told a media outlet.

He went on to say that these hamburgers were good to him, adding ‘there's really nothing else I'd rather eat.’

The man, who recently made headlines with an unusual record, even featured as a 'Big Mac expert' in the 2004 documentary 'Super Size Me’.

Gorske holds a very special relationship with his local McDonald’s as the franchise has his portrait mounted on the wall. The branch of the international fast-food chain also reacted on the day of his munching milestone. Staff hung a sign outside the franchise that read "Congrats Don on 50 years of Macs".

The famous hamburger by McDonald’s consists of two beef patties, which were covered with a sesame seed bun. It also includes pickles, lettuce, onion, and cheese.

McDonald’s “Golden Arches” logo is one of the most familiar business symbols globally, but there is ...