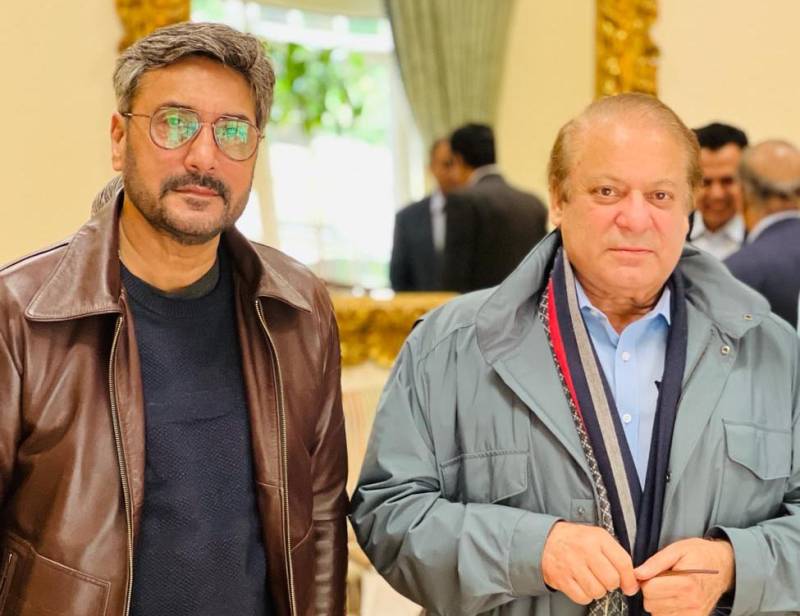 The Mere Pass Tum Ho star recently faced backlash on social platforms for a meeting with the former Pakistani premier as he visited Britain to promote his new film Dum Mastam.

The 52-year-old recently took to Instagram and shared a clip, explaining why he interacted with the PML-N chief in the first place.

Siddiqui called the meeting unplanned, saying he visited London for the promotion of his film. The noted star continued that he was informed that the cabinet had also arrived before his arrival to meet Nawaz and was asked to give his perspective, so he did.

Citing no agenda, he said "we talked about film policies, and I called for allowance in the upcoming budget for artists".

“Tell me, if PML-N is in the current government, I would go to them only, adding if PTI was in power, I went to them too." He said he would approach the PPP if they come into power.

Siddiqui recalls that he didn't call on the PML-N supremo for personal benefit, adding that he met Nawaz in a personal capacity to represent the film fraternity.

He also trashed rumours of entering politics, saying it's another reason why he decided to make a video for his followers.

He however requested the masses to delete anything online referencing the ‘fake tweet’. Siddiqui mentioned that anyone who decided to boycott Dum Mastam should know that he'd take this in stride and that he welcomes both ‘bouquets and brickbats’.

His reaction comes as many PTI activists and social media trolls were having a field day on a microblogging platform following the rare meeting. Check some of the reactions:

Adnan Siddiqui just fired a bullet in his own foot.