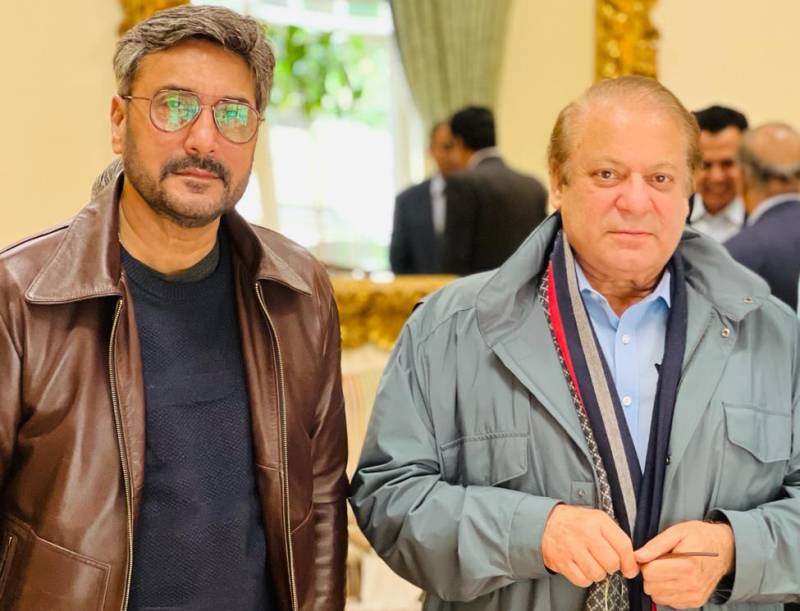 LONDON – Adnan Siddiqui has met former prime minister Nawaz Sharif in the British capital, as the noted Pakistani actor is currently in London to promote his latest movie Dum Mastam.

The Meray Paas Tum Ho actor spent quality time with the PML-N chief who is in self-exile in London. Pictures of their meeting were posted by the official Twitter handle of PML-N while social media users are sharing different statements about the rare meet-up.

A clip recorded outside the office featured Siddiqui interacting with Sulaiman Shehbaz, the son of the newly elected PM Shehbaz Sharif.

Siddiqui also spoke about the event in a viral video. He termed it a great meeting, saying he came to promote his film. The actor also revealed that he invited the PML-N chief to come to watch his star-studded project.

He added that the former PM was told how they had worked hard to finish the project.

Siddiqui also quoted the deposed premier as saying the incumbent government was working on policies specific to the entertainment industry.