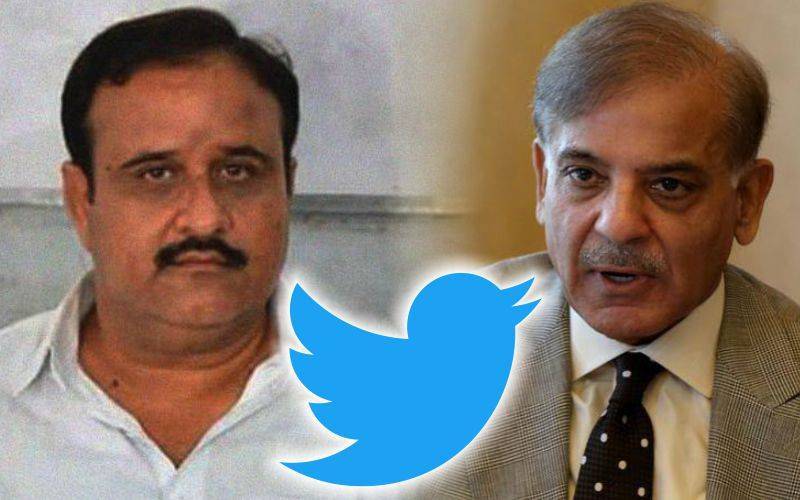 LAHORE - The social media team of Pakistan Muslim League Nawaz has changed the official Twitter account of the government of Punjab to its party name, in an ongoing cyber tiff with the recently installed regime headed by Pakistan Tehreek-e-Insaf.

The Government of Punjab had three official accounts on Twitter:

2. Government of the Punjab – @PunjabGovtpk (interim)

However, the former ruling party initially refused to hand over the credentials to PTI, and now took an extra mile by altogether converting the official handle to PML-N's one.

Imran Ghazali, who headed the digital media campaign of Pakistan Tehreek-e-Insaf in 2013, expressed his dismay on Twitter over the development and also elaborated that another account with the same handle as the previous one @GovtofPunjab was created which would start garnering followers from scratch.

UPDATE: The PMLN Social Media Wing who had hijacked official govt of Punjab account has now changed the handle of official @govtofPunjab account to a PMLN account and recreated a new account with the same handle @GovtOfPunjab - open thugism & stealing of property/asset of govt.

The account had 226K followers when former Chief Minister Punjab Shehbaz Sharif just completed his stint, however, the newly created accounts has 61 followers currently, in a major waste of digital resources and sponsored campaigns launched by the previous government. 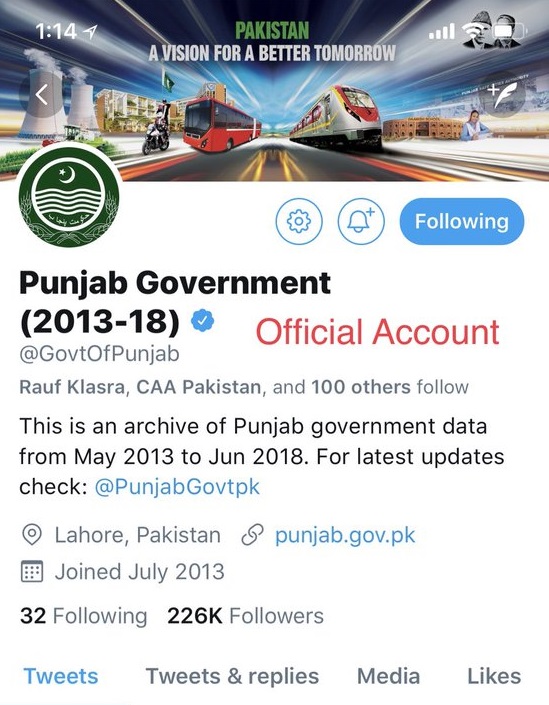 Ghazali was the one who had claimed that the former ruling regime was not passing over the credentials of the accounts to their successors, apparently due to the political rivalry that rose to a crescendo before the General Elections.

LAHORE - Taking over the official social media accounts of the Government of Punjab has become another bone of ...

Traditionally, the official accounts cannot be converted to the accounts of any party and the username/passwords are to be handed over to the next ruling elite for smooth flow of information, however, this has not been done. 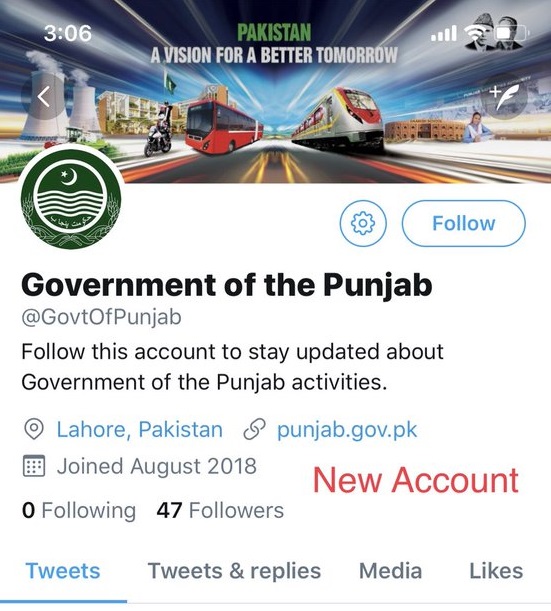 The Directorate General of Public Relations (Punjab) looks after all social media accounts of Govt of Punjab.