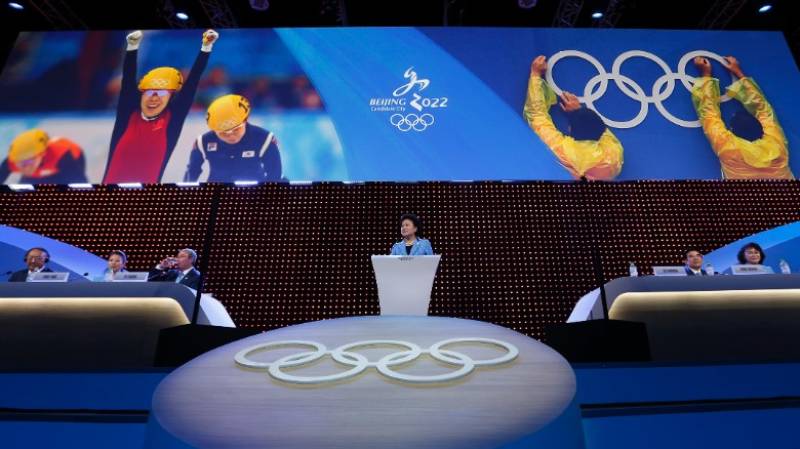 KUALA LUMPUR (APP) — Beijing was selected Friday to host the 2022 Winter Olympics, becoming the first city awarded both the winter and summer games.

Beijing defeated Almaty, Kazakhstan, in a vote of the International Olympic Committee. The voting numbers were not immediately released.

The Chinese capital, which hosted the 2008 Summer Olympics, came in to the vote as the strong favorite, despite its lack of natural snow and winter conditions.

Beijing was seen by the IOC as a safe, reliable choice that also offered vast commercial opportunities in a new winter sports market of more than 300 million people in northern China.

Almaty had hoped to bring the games to Central Asia for the first time, but was a lesser-known quantity and viewed as a riskier choice by IOC members. Kazakh Prime Minister Karim Massimov made a last-minute impassioned plea for the IOC to be "brave" and give the games to his country, but it wasn't enough.

The contest was a study in contrasts between the world's most populous nation and a former Soviet republic seeking to establish itself on the world stage. China's size and political and economic might was a big advantage against its northwestern neighbor, which became independent in 1991.

Beijing and Almaty had both been considered longshots when the 2022 bid race opened two years ago. But they were the only two candidates left after four European cities — including Oslo and Stockholm — pulled out for political or financial reasons.

Beijing plans to use several venues from the 2008 Olympics, including the "Bird's Nest" stadium and "Water Cube" arena. But the snow and sliding events would be at venues in Yangqing and Zhangjiakou, 60 and 140 kilometers (40 and 90 miles) outside Beijing. A planned high-speed rail line to Zhangjiakou is supposed to cut travel time to 50 minutes.

China's mountain venues also rely heavily on man-made snow, which was considered one of the bid's main weaknesses and one that was the target of Almaty's "Keeping it Real" slogan. Almaty is surrounded by towering mountains and plenty of natural snow, but Beijing bid leaders insisted they have sufficient water supplies and snow-making equipment for ideal skiing conditions.