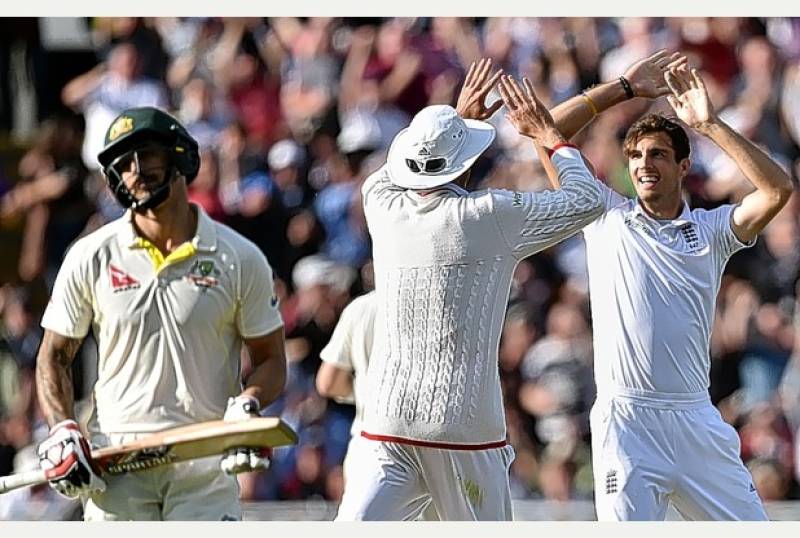 Steven Finn’s 6-79 has provided hosts with a golden chance to take a lead in the series. Australia after losing early wickets managed to post 265 before they were bundled out, thanks to young Nevill’s 65 and Starc’s 58 put up a face-saving 121 target for ruthless England.

At stumps day, Australia held a lead of 23 with three wickets remaining and three days to play after Finn, recalled after a two-year absence during which his shattered confidence and bowling action were restored, ran amok, newstribe cited.

After capitulating to 136 all out on Wednesday and then facing a deficit of 145 after England made 281, Australia had no answer to Finn’s pace, bounce and movement at a raucous Edgbaston.

He followed up his two wickets in the first innings with figures of 5-45 from 13 excellent overs as only a defiant 77 from David Warner and an unbeaten 37 from Peter Nevill held up England’s victory bid inside two days as Australia closed on 168-7.

England in pursue of the target have so far scored 55/2 requiring just 66 more runs to win which seems very much possible if nothing dramatic happens.