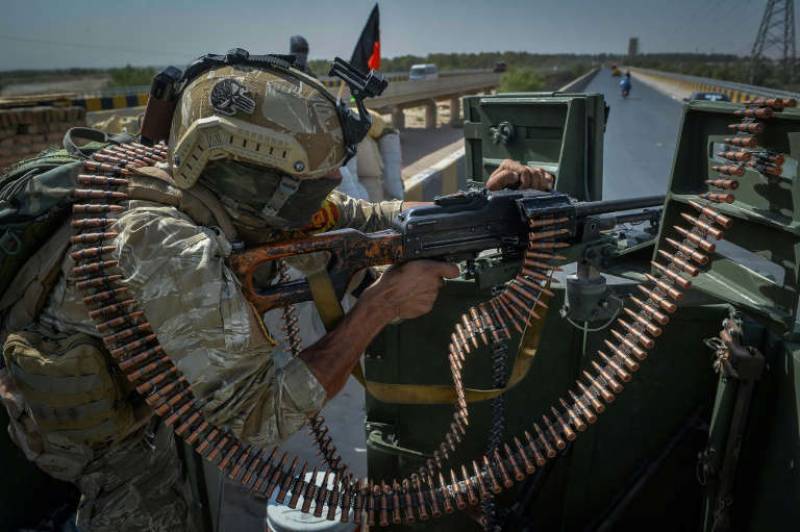 Fighting is raging around Herat, Lashkar Gah and Kandahar as Taliban fighters are trying to seize these three major cities in southern and western Afghanistan from government forces.

Taliban fighters have made rapid gains in rural Afghanistan since it was announced almost all foreign troops would leave the war-torn country by September. They have already captured up to half of Afghanistan's territory, including lucrative border crossings with Iran and Pakistan.

An MP in Kandahar told the media the city was at a serious risk of falling, with tens of thousands of people already displaced and a humanitarian disaster looming. According to Gul Ahmad Kamin, the situation was getting worse hour by hour, and the fighting within the city was the most severe in 20 years.

Kamin said the Taliban now saw Kandahar as a major focal point, a city they want to make their temporary capital. If it falls, five or six other provinces in the region would also be lost, Kamin said. He said that Taliban fighters were on several sides of the city and because of the large civilian population government forces would not be able to use heavy weaponry if the Taliban get fully inside.

According to a Tolo News reporter, clashes had intensified in Herat, with Taliban fighters entering southern parts of the economically important city. There are reports of fighting in at least five different locations.

Amid the departure of troops from Afghanistan, the US is still carrying out air strikes to support the Afghan forces, who have recaptured a district around the airport.

In Lashkar Gah, capital of the southern province of Helmand, Taliban are reportedly within two kilometres of the city centre, although government forces had succeeded in holding back an advance overnight.

The commander of Afghan forces said the militants had suffered significant casualties.

According to local sources, the Taliban had advanced close to the governor's office on Friday before being forced back.

War Set To Get Much Worse

The EU's special envoy for Afghanistan, Tomas Niklasson, said he believed the war was set to get much worse. He told BBC's chief international correspondent Lyse Doucet he feared the Taliban way of thinking now was "something they had in the past - re-establishing... their Islamic emirate".

Afghanistan’s Ministry of Foreign Affairs on Saturday condemned the Taliban attack on UNAMA office in the western Herat province.

“By carrying out such attacks, the Taliban have taken violence to a new phase, entailing dangerous consequences,” the ministry said in a statement, adding that the continuation of such crimes will seriously endanger the continuation of international organisations’ presence and their activities in Afghanistan.

The Foreign Ministry said widespread violations of human rights and international humanitarian law, including arbitrary killings of civilians, murdering prisoners, extrajudicial killings, public lashing of women and destruction of infrastructure, and now the attack on the United Nations are part of war crimes that the Taliban are perpetrating.

The unprecedented rise in violence and the continuous perpetuation of war crimes by the Taliban demonstrate the group’s non-compliance with the international laws and obligations, the ministry said.

The government of Afghanistan calls on the international community and relevant international organisations to hold the Taliban accountable for their war crimes and non-compliance with international humanitarian law.

The Ministry of Foreign Affairs also calls on the international community to exert necessary pressures on the Taliban to prevent their continued bloodshed and war crimes.

ANKARA — Turkey is offering to protect the Kabul airport after US forces leave Afghanistan and experts are ...