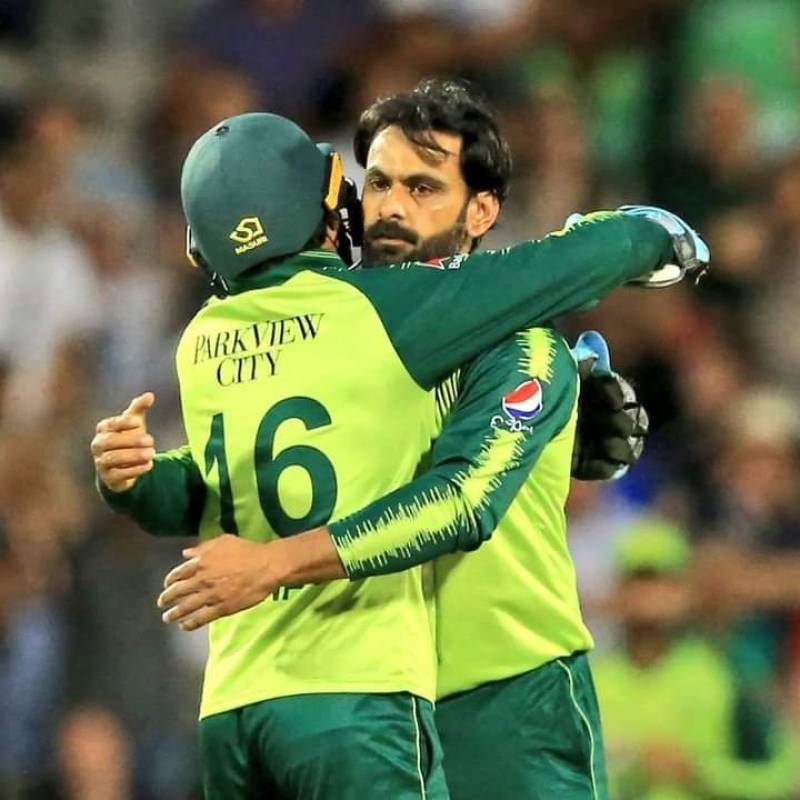 PROVIDENCE – Pakistan beat West Indies by seven runs in the second match of the four-match T20 International cricket series in Providence on Saturday.

Earlier, with an impressive performance by skipper Babar Azam and Mohammad Rizwan, Pakistan posted a reasonable target of 157/8 for West Indies in second T20I match against West Indies in Providence on Saturday.

Sharjeel Khan and Rizwan took a good start but the former could not go long as he was removed by Jason Holder at 20 runs.

Later, Babar Azam (51) and Rizwan’s (46) partnership kept the score board ticking with thrilling boundaries. Fakhar Zaman made 15 runs while Mohammad Hafeez could score only 6 runs.

The match was also interrupted by rain for a brief period.

Earlier, the host team won the toss and decided to bowl first.

Both sides are set for the final three matches at the Providence Stadium as it will be another restart to what is the final dress rehearsal for the Men in Maroon as one unit before they defend their World T20 title in the UAE and Oman.

Reports cited that hosts are forced to make a change to the playing XI as top-order batsman Lendl Simmons had to retire hurt after taking a dangerous blow to the back of his neck in the first fixture against green shirts.

However, the visitors are not expected to make any changes to their line-up as Hasan Ali and company are in form to hit their straps once again.

With the series now virtually a three-match contest, a win for either side in today’s game will give the team the upper hand, with the West Indies hoping they can turn around their fortunes against Pakistan.

BARBADOS – The first play of the four-match T20I series between Pakistan and West Indies was cancelled due to ...