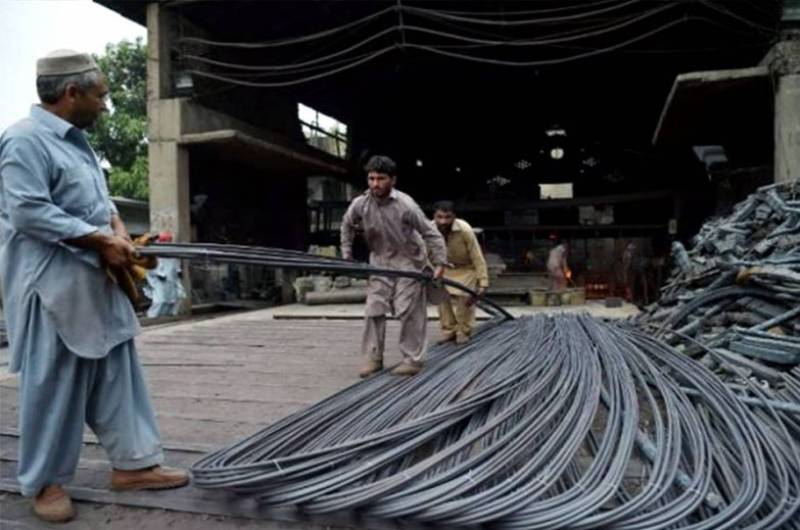 KARACHI – Senior officers and workers of the Pakistan Steel Mills were reportedly involved in theft of material worth Rs10 billion.

The shocking revelation was made when the Ministry of Industries and Production approached the federal investigators and informed them about various theft incidents, which took place in almost all departments of the state-owned enterprise. The PSM halted operations in 2015.

According to the letter written by the ministry to the federal investigators, the security department was likely to be involved in the theft incidents. An internal inquiry was initiated by the PSM and it is still under way, but the allegations are serious and transparent, the letter says.

The letter mentioned that on July 27 around 50 people barged in the plant area of the Pakistan Steel Mills and took away copper and wire worth billions of rupees.

The recent development comes days after a labour union wrote a letter to the federal minister for industries and production and demanded removal of the PSM Board of Directors, alleging that the management has become a facilitator in theft incidents.

It is said to be the ‘biggest theft in the country's history'. However, the incumbent government or the investigation agency have yet to comment on the matter.

PSM was running in loss since 2008 and was eventually shut down in 2015. It has caused losses of Rs229 billion to the national treasury.

ISLAMABAD - National Accountability Bureau has decided to conduct a comprehensive inquiry to fix the responsibilities ...

Its workforce was cut down to 8,884 in 2019. The government has so far given billions of rupees in net salaries to employees on compassionate grounds.