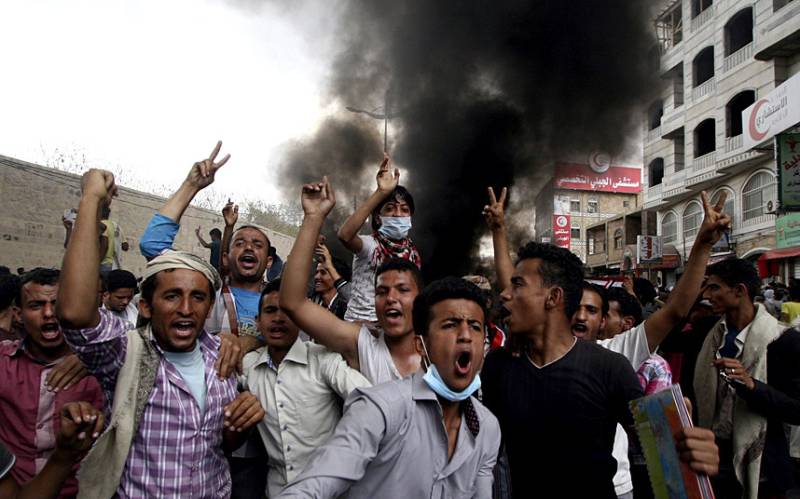 ADEN (Web Desk) - As many as 26 people have died as a result of artillery fired on the Khor Maksar district of the southern Yemeni city of Aden.

The armed Houthi rebels are fight head to head against Army on the outskirts of the city, said the Reuters, despite six days of Saudi-led air strikes meant to stem their advance.

In a separate incident, An air strike by Saudi forces killed at least 40 people at a camp for displaced people in north Yemen on Monday, humanitarian workers said. The  attack apparently targeted nearby Houthi fighters but included children and women among dead.