Surgery-denied anti-hijab protester jailed for a year in Iran 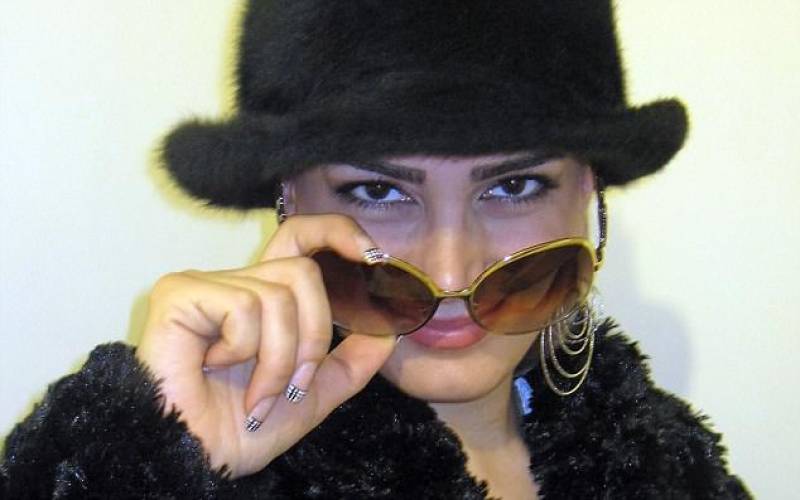 TEHRAN - An Iranian lady who protested against the laws which force women to wear a veil in the country was sentenced to a year in prison for breaking the strict nation's laws.

Maryam Shariatmadari caught the attention of social media and religious vigilantes as she waved her hijab in the air during a protest in February, however, the demonstration turned sour when a police officer violently shoved her to the ground after failing to convince her to come down to the pavement.

The 32-year-old activist, according to the journalist and eye witnesses, faced a 'severe' leg injury in the interruption and needed stitches but she was arrested and kept in Gharchak prison before being sentenced.

VIDEO: an Iranian woman protesting against forced hijab in Iran is violently thrown on the floor by the police.

When she asks what is she doing wrong, the police answers “disturbing public order.” She refuses to come down and then is violently pushed down by a police commander. pic.twitter.com/oQgdEnpV8W

Tehran Police spokesman Saeed Montazer al-Mahdi had said in February that police - though they have a responsibility to tackle 'visible crimes' - had no right to 'violate the law'.

According to sources quoted by Iranian news outlets, the woman - a computer major student at the University of Amir Kabir - was charged with promoting disrespect to the hijab and acting against national security and was consequently jailed for a year.

Human rights lawyer Nasrin Sotoudeh, who represented Shariatmadari, said the verdict 'even goes against the laws.'

Besides the imprisonment, what haunts the human rights activist is the assertion that Shariatmadari was at one point taken out of surgery by police when she was about to go under the knife.

Such claim was bolstered by Center for Human Rights in Iran citing renowned journalist Jila Baniyaghoo.

Removing your headscarf and waving it like a flag in public has become a symbol for the “Girls of Revolution Street” movement, sparked by activist Vida Movahed in late December 2017 in Tehran.

Since 1979, Shiite-majority Iran forces women to wear the Islamic headscarf in public. The Islamic code also forbids women touching, dancing or singing with men outside their families, however,  a movement called White Wednesdays seeks women to flout regulations by photographing themselves without their hijabs and posting it on social media.