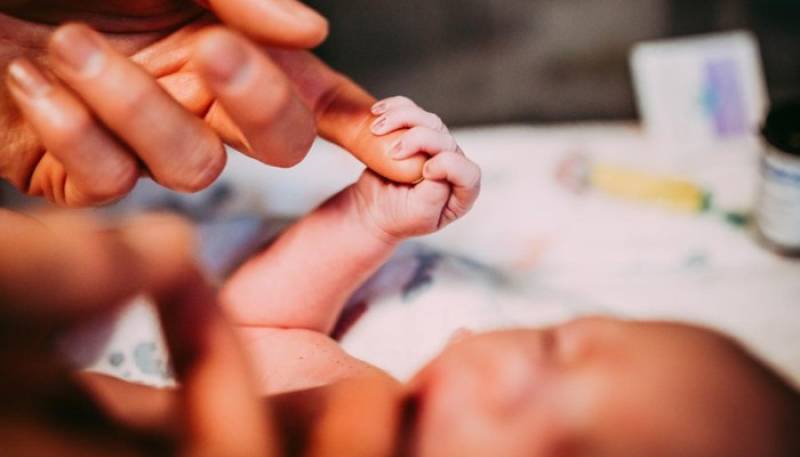 BEIJING – The second Pakistani female citizen gave birth to a healthy baby-girl over the week at Maternity and Child Healthcare Hospital of Hubei Province in Wuhan.

Ashaq Ali, a doctoral student in Virology at the Institute of Virology Wuhan University, the father of the newborn daughter beamed with happiness while holding her daughter in his arms at the hospital.

Talking to China Economic Net, Ashaq Ali said that he and his spouse cannot ignore the role of the local community that provided them pick and drop services to the hospitals and deliver them food and other stuff at their door in this crucial time.

“Special thanks to local foreign affairs office and community that they facilitated me for my wife routine checkup, counseling with hospital and provide transportation. They also facilitated me in baby shopping when there was virtually no possibility,” Ashaq stated.

He said that as a field expert he had learned a lot from China, Chinese approaches towards disasters like the Covid-19 and indeed China sets an example around the globe, the world needs to follow the footprints of China how to combat this pandemic.

“I am the only Pakistani who worked throughout this pandemic in my lab at Wuhan Institute of Virology”.

He further said that leaving his wife alone or sitting at home all time was hard for him but it was the local community and Pakistani Embassy that helped him a lot.

By their support and help he was able to perform his family as well as his professional responsibilities. Ashaq Ali came to Wuhan in September 2018 and will finish his doctoral studies in 2021.