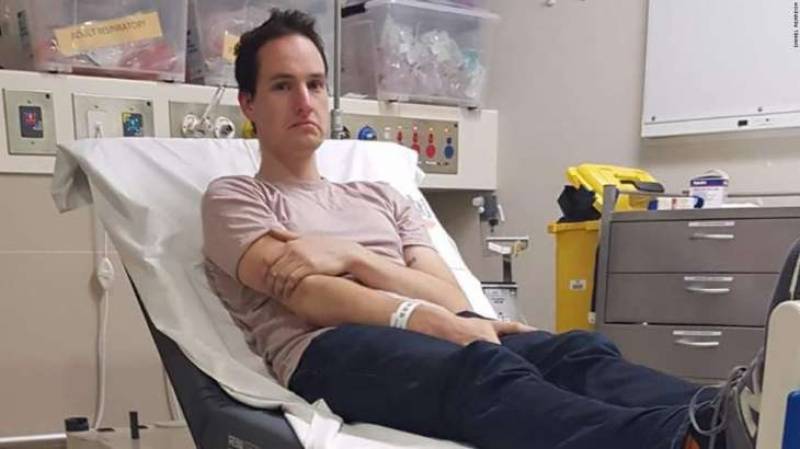 SYDNEY – An Australian astrophysicist bored by coronavirus isolation saw his attempted invention to stop people catching the disease go hilariously wrong when he landed in hospital with magnets stuck up his nose.

Daniel Reardon, a research fellow at Swinburne University in Melbourne, was working to create a necklace-like device that would buzz when its wearer brought their hands too close to their face.

He told public broadcaster ABC that after the first version failed he began "mindlessly" clipping magnets, a key component of the device, to his face while sitting on the sofa.

"I first started with my earlobe and then my nostril," he said.

"Eventually I had pairs of magnets in both nostrils and they all closed together, leaving them pinching across my septum.

" Reardon spent an hour trying to remove the magnets before his partner, a radiologist at a Melbourne hospital, convinced him to go to her workplace so doctors could extract them.

He said his nose was "recovering well" and had not sustained any permanent damage.

While Reardon said he had kept the magnets, he has not been "brave enough to play with them again".

But he "absolutely" has not been put off experimenting -- and still plans to make his anti-infection device viable.

"I think the idea is still sound, if we can figure out a way to get it to work," he told the ABC.

Doctors say a key method of transmission of COVID-19 is people touching surfaces carrying the virus and then touching their faces.

New Zealand MP rides cycle to hospital to give birth