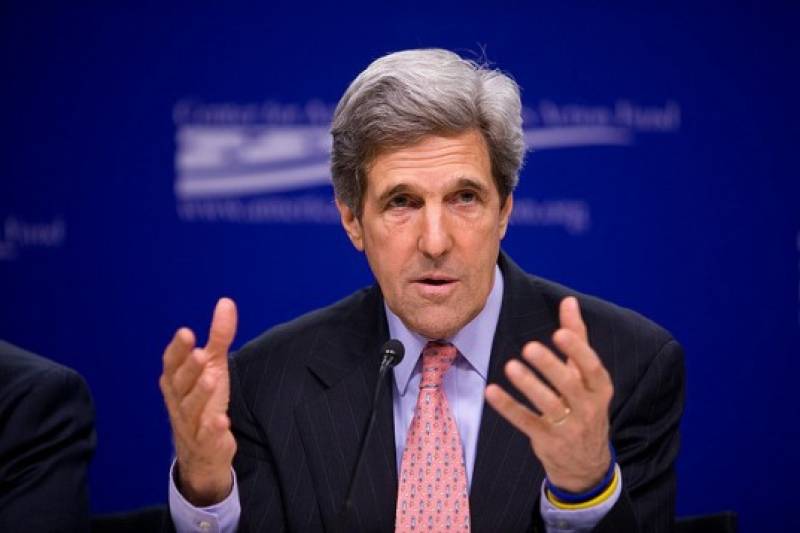 GENEVA (Web Desk) — United States Secretary of State John Kerry was helicoptered to a Swiss hospital on Sunday after a cycle crash outside of Geneva, where he had been holding nuclear talks with Iran’s foreign minister, reported The Boston Blobe.

Kerry suffered the accident near Scionzier, France, about 25 miles southeast of the Swiss border. Paramedics and a physician were on the scene with his motorcade at the time.

Kerry was transported to Geneva’s main hospital HUG, where he was being evaluated, Kirby said.

It was unclear how long he was expected to stay there and the status of Kerry’s current, four-nation trip was unclear.

Kerry had planned to travel later Sunday to Madrid for meetings with Spain’s king and prime minister, before spending two days in Paris for an international conference on combating the Islamic State.

Kerry’s cycling rides have become a theme of his diplomatic journeys, often taking his bike with him on the plane.

During discussions in late March and early April between world powers and Iran, he took several bike trips during breaks in the negotiations. Those talks were held in Lausanne, Switzerland, and led to a framework agreement.

Kerry met Iranian Foreign Minister Mohammad Javad Zarif for six hours in a Geneva hotel Saturday as the sides work to seal a comprehensive accord by June 30.