LOVE LOCKS: One million padlocks to be scraped from Paris historical bridge 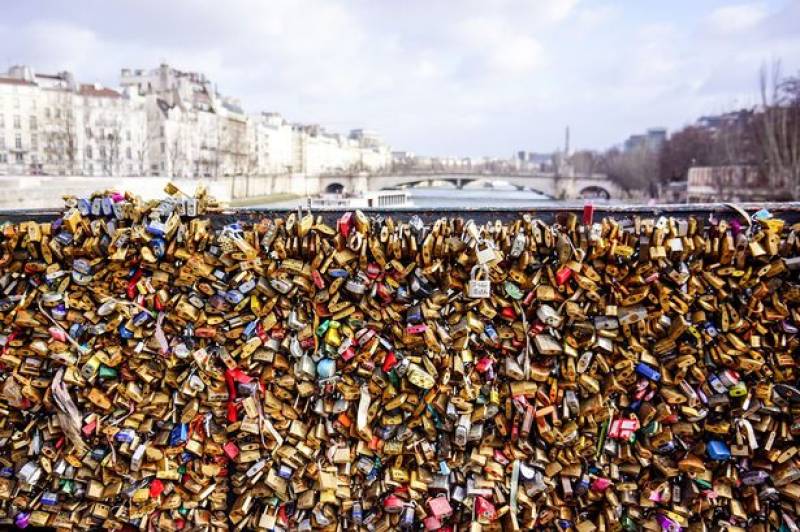 PARIS (Web Desk) - Paris might be known as the city of romance but officials are to scrap one of its most loved-up traditions.

The French capital attracted thousands of couples every year, looking for the perfect romantic getaway.

And one of the traditions of loved-up visitors is to attach a padlock, symbolising their love, to the Pont de Arts bridge over the River Seine.

But not for much longer.

From Monday, city officials will start the job of removing almost a million padlocks from the bridge.

It comes after part of the famous bridge broke off last year, seemingly because of the weight of the padlocks.

Initially Paris authorities had floated the idea of a blanket ban on 'love locks' - with fines handed out to those caught flouting the rule.

But speaking this week the city's deputy Mayor has now ruled out the idea as heavy-handed.

Instead he urged for amorous visitors to show their affection by tying ribbons to the railings as an alternative.

But now metal grilles on the side of the Pont des Arts will be replaced by painting and then eventually clear panels to prevent people attaching locks.

The article originally appeared at Mirror.