At least 7 killed, 30 injured after Multan-bound bus overturns near Khanewal 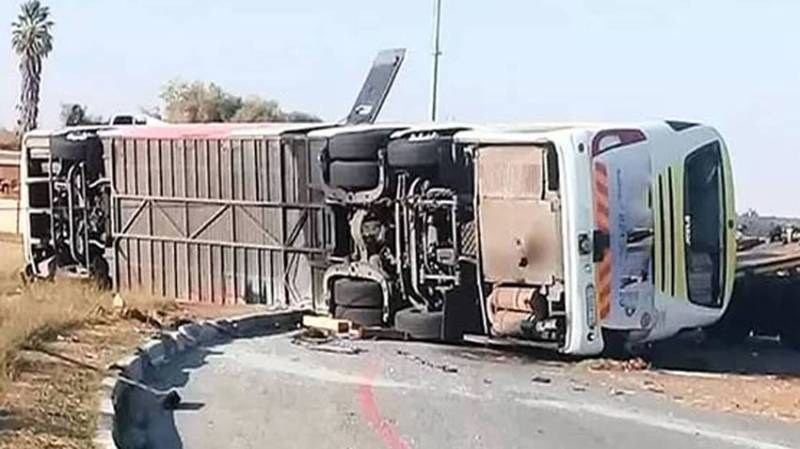 KHANEWAL – At least seven passengers were killed and another 30 others injured after a Multan-bound bus over turned on National High way near Khanewal.

According to media reports, the incident occurred new Rango Bridge on Khanewal National Highway when the bus carrying more than 42 passengers flipped in a bid to save a motorcyclist.

The rescue teams rushed to the spot and rescued the injured after a two hours long operation.

The injured have been shifted to District Hospital and Nishter Hospital Multan where six passengers, including three girls was said to be in critical condition. However, a 6-month-old baby miraculously survived without receiving any injuries.