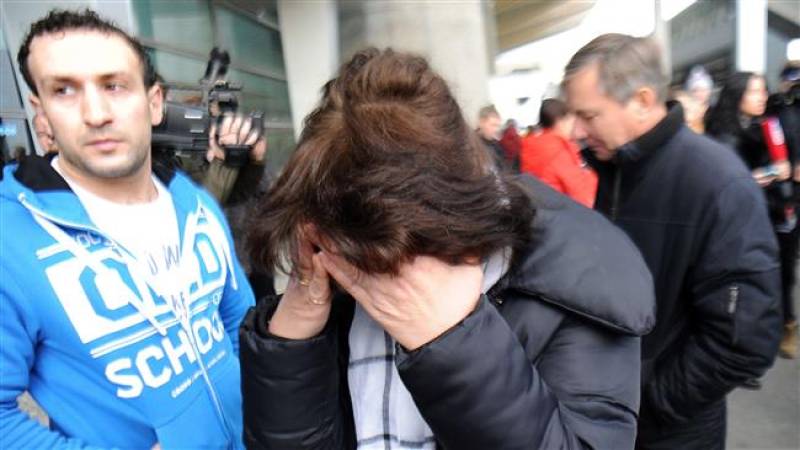 CAIRO (Web Desk) - All 224 people aboard a Russian airliner were killed early Saturday when the Airbus A-321 crashed in Egypt's Sinai peninsula shortly after take-off from a popular Red Sea resort town, officials say.

The Metrojet flight, carrying 217 passengers and seven crew members, was en route from Sharm El-Sheikh in Egypt to St. Petersburg when it dropped off radar screens 23 minutes into the flight.

"Unfortunately, all passengers of flight 7K9268 Sharm el-Sheikh-Petersburg were killed," The Russian embassy in Cairo said, in Russian, on Twitter. "We express our condolences to the family and friends."

Egyptian officials said the 7-person crew and 214 of the passengers and all of the crew were Russian and that three of the passengers were Ukrainian, RT.com reports. The victims included 17 children, aged 2 to 17, according to Russian authorities.

Russian President Vladimir Putin has issued a statement expressing his condolences to the families of the victims and declared a day of mourning. A team of Russian investigators was sent immediately to Egypt, according to Russia's Emergencies Ministry, the Russian state-run news agency RIA reports.

There was no other immediate word on the cause of the crash, although the Egyptian government ruled out the possibility that it could have been shot down.

The airline, also known as Kogalymavia, tells the Russian Interfax news agency that it does not believe human error was behind the crash. The airline also said it was arranging flights to Egypt for relatives of the victims.

An Egyptian aviation official says the pilot of the Airbus A-3221 had reported technical difficulties before losing contact with air traffic controllers. Ayman al-Muqadem, a member of the Aviation Incidents Committee, said the pilot had reported his intention to attempt to land at the nearest airport.

Flight Radar 24, a flight tracking service, said the plane was descending at 6,000 feet per minute when it went off radar.

The plane reportedly broke into two pieces when it crashed into a remote, mountainous area of the Sinai, indicating the pilot may have tried to make a controlled landing.

People gather at the airline information desk at the Russian airline Kogalymavia.

"The plane split into two, a small part on the tail end that burned and a larger part that crashed into a rock. We have extracted at least 100 bodies and the rest are still inside," an unidentified Egyptian official told the Reuters news agency.