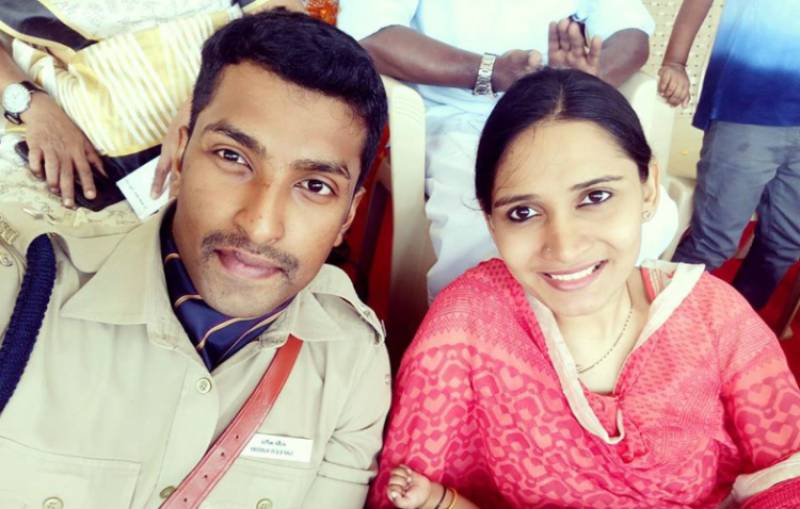 His wife Joicy Joy who reportedly dictated answers to her husband over phone was arrested by Hyderabad police.

According to the investigating officer: "Karim handed over his wallet and a cellphone to them from his trouser pockets, apologising for forgetting to leave the handset in his car but he had concealed another phone and wireless earpieces in his socks and a miniature camera in his shirt, the photo of the question paper was clicked with the camera in the shirt button and automatically sent via gmail to his wife Joicy. The other team in Hyderabad downloaded the question paper and read out answers to Karim over the phone.”

Karim was booked under sections 420 (cheating and dishonesty) and120b (criminal conspiracy) of IPC and section 66 of the IT Act.