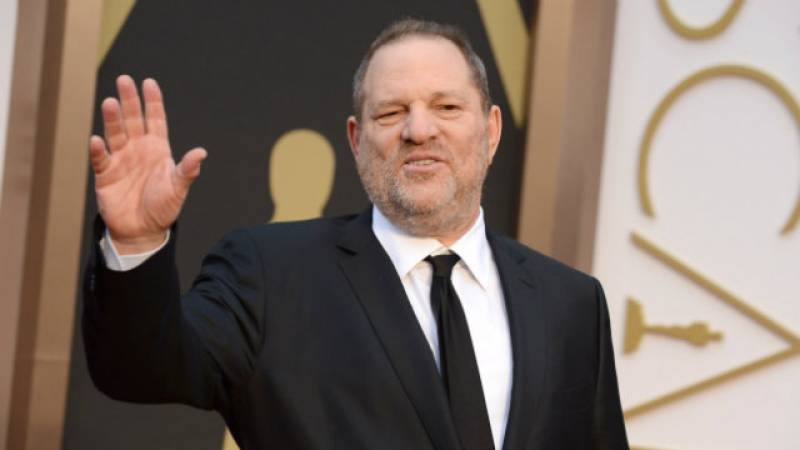 LOS ANGELES - Harvey Weinstein, the movie mogul accused of multiple instances of sexual assault and harassment, has received a lifetime ban from the Producers Guild Of America.

The guild - a trade organisation that honoured the Weinstein Company head with a Milestone Award in 2013 - said the "unprecedented step" was "a reflection of the seriousness" with which it regarded reports of his "decades of reprehensible conduct".

In a statement, the Producers Guild said that the “unprecedented step” of banning Weinstein is “a reflection of the seriousness with which the Guild regards the numerous reports of Weinstein’s decades of reprehensible conduct.”

It goes on to add that the organization has formed an “Anti-Sexual Harassment Task Force” that will research and introduce “substantive and effective solutions to combat sexual harassment in the entertainment industry.”

Weinstein has "unequivocally" denied all allegations of non-consensual sex.

This news comes as Weinstein has already been expelled from the Academy Of Motion Picture Arts And Sciences and the British Academy Of Film And Television Arts (Bafta). Variety adds that the Directors Guild Of America is also now working to expel him, according to Variety.

The Directors Guild of America (DGA) has also filed disciplinary charges against the producer which could lead to his expulsion from that organisation.

Hollywood was rocked by allegations against Harvey Weinstein - which first came to light in a New York Times article.

Since then, the story has developed continuously, with a large number of women coming forward to say they were sexually harassed or assaulted by the movie mogul.

Among the accusations are that he forced women to massage him and watch him naked. He also promised to help advance their careers in return for sexual favours.

Earlier this month, Weinstein issued an apology acknowledging he "has caused a lot of pain" - but disputes allegations he harassed female employees over nearly three decades.

Currently, Weinstein is taking a "leave of absence" from The Weinstein Company and is working with a therapist.