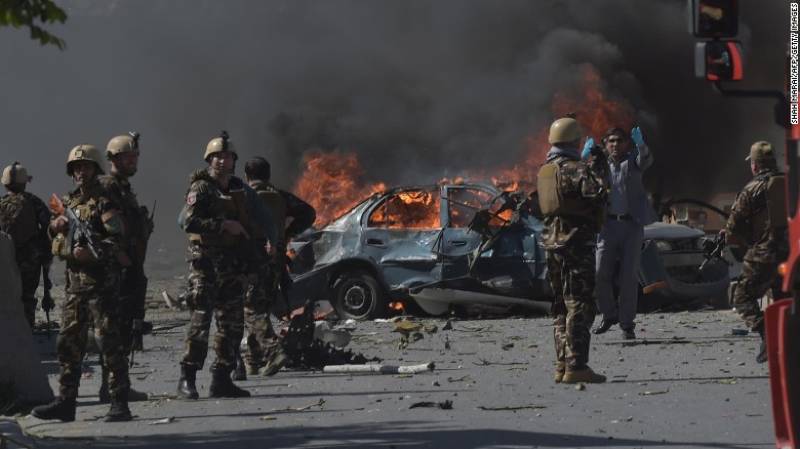 KABUL - A suicide bomber detonated his explosives inside the Green Zone in Kabul city on Tuesday afternoon, killing at least seven people and injuring nearly two dozen others.

A suicide bomber reportedly detonated his explosives in 14th Street in Wazir Akbar Khan - inside the heavily-fortified diplomatic area known as Green Zone.

Hospital officials told TOLOnews that at least seven people were killed and 21 wounded.

Security forces immediately cordoned off the area and ambulances were seen rushing casualties to nearby hospitals.

According to the Ministry of Defense, which has an office in 14th Street, the explosion happened close to their building but they said they were not the target. Reports in international media suggested the explosion blast occurred near Australian diplomatic mission.

The explosion happened at about 4pm local time when many government officials and embassy staff were leaving the area for the day.

The suicide bomber reportedly entered the area through a park bordering the diplomatic zone and was able to penetrate the layers of security and gain access directly into the highly-fortified area that houses numerous embassies, some government offices, guesthouses and a few private companies.

The attack was “a (suicide) mission using an explosive vest in the diplomatic Wazir Akbar Khan neighbourhood in the city of Kabul,” it said.