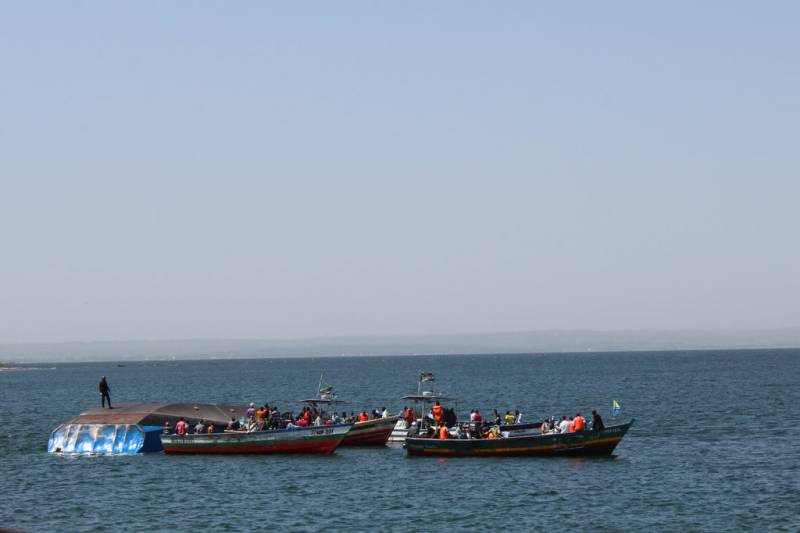 DODOMA - At least 131 people drowned after a ferry capsized and sank in Lake Victoria, Tanzania.

The MV Nyerere was carrying as many as 200 passengers - double its capacity - when it capsized close to the pier on Ukara Island on Thursday.

The ferry, managed by Tanzania’s Electrical, Mechanical and Electronics Services Agency, had been traveling between two islands — Ukara and Ukerewe — when it capsized Thursday afternoon, according to local reports.

The islands are on the southern, Tanzanian side of the lake, which is shared by Kenya, Tanzania and Uganda. The ferry journey takes about an hour.

According to reports, more than 200 people boarded the ferry at Bugolara, on the larger Ukerewe Island, and the vessel was usually packed with goods for market day.

Mwanza police commander Jonathan Shanna said on Friday no foreigners had been found among the dead.

TRIPOLI - About 100 migrants and refugees are missing and feared dead after their boat capsized off the coast of Libya, ...

At least 37 people had been rescued from the sunken ferry as of Thursday evening when rescue teams called off their work overnight, said police.

Accidents are often reported on the large freshwater lake surrounded by Tanzania, Kenya and Uganda.