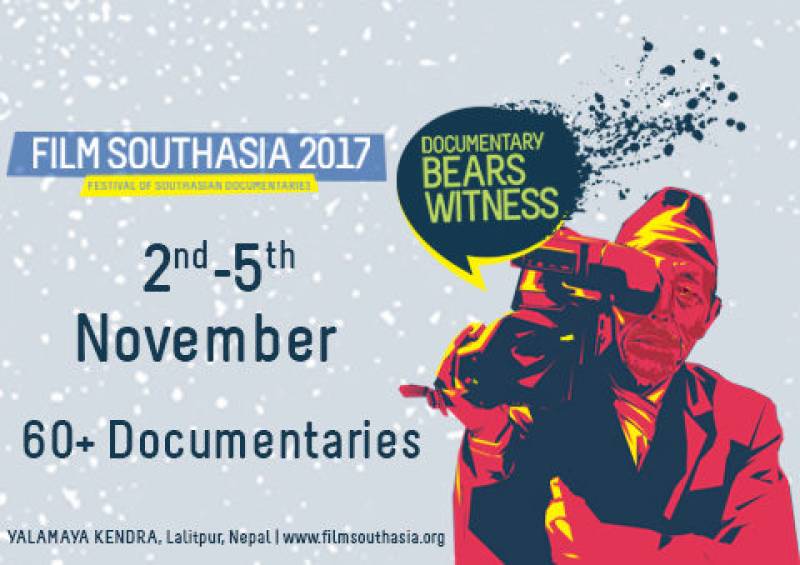 KHATHMANDU- The eleventh edition of the non-fiction film festival in Kathmandu, Nepal is set to take place between November 2nd-5th. Five documentaries from Pakistan are among 63 non-fiction films to be screened in Film SouthAsia 2017.

The Festival opens on November 2 with the theme ‘Documentary Bears Witness’.

The non-fiction films participated in the festival from Pakistan are:

‘Among the Believers’ by Hemal Trivedi and Mohammed Ali Naqvi

Made by Oscar and Emmy-winning editor Trivedi and Emmy-winning filmmaker Naqvi. The film is about cleric Abdul Aziz Ghazi, a suspected Daesh supporter and Taliban ally, who wants to impose a strict version of Shariah law in the state.

A documentary about social worker Perween Rahman, whose notable for her work on sanitation in the Karachi, but was shot dead by armed assailants on her way home in March 2013.

‘A Girl in the River: The Price of Forgiveness’ by Sharmeen Obaid Chinoy

‘K2 and the Invisible Footmen’ by Iara Lee

The film follows the lives of Pakistani porters and Nepali Sherpas as they risk their lives to earn a living in the treacherous Karakoram range. The film also follows the first official all-Pakistani climbing team, who successfully summited in 2014 in celebration of K2’s 60th anniversary.

A story of musician Hamza Jafri’s who teaches a group of girls to express themselves through music in Karachi. Captured over a period of three years, the documentary follows four young girls from Lyari who are attending music school.