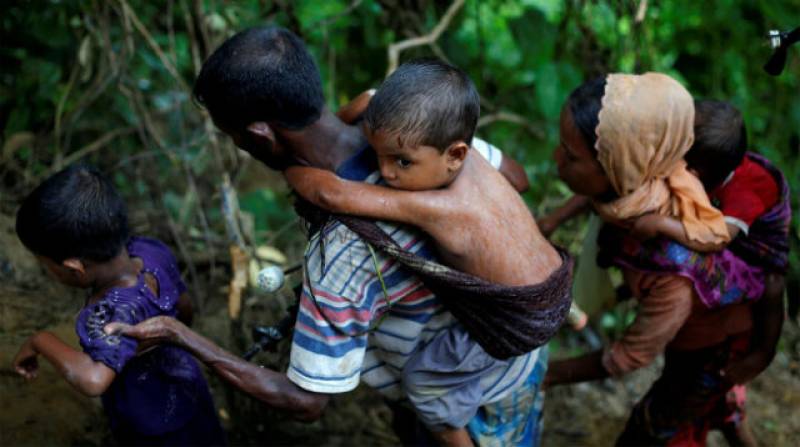 YANGON - The United Nations has appointed a Norwegian national as an interim resident coordinator in Myanmar and resident representative for the UN Development Program in the country.

Knut Ostby, who has served as a UN resident coordinator for more than 11 years in a number of hotspots, including Afghanistan and East Timor, replaces Renata Lok-Dessallien in his new role, the UN said in a statement Tuesday.

The announcement comes after more than 600,000 minority Rohingya Muslims have been driven out from Myanmar since late August amid a brutal crackdown by military security forces in northern Rakhine state. International humanitarian assistance, the UN and international media have not been allowed to enter the region, amid allegations of human rights abuses.

Lok-Dessalien has been criticised both by the world body and other international organisations for allegedly not effectively handling the human rights concerns in Rakhine. She will take another assignment at UN headquarters.

UN Secretary-General Antonio Guterres said he was “grateful” for Lok-Dessallien’s “important contribution and service” to the UN’s work in Myanmar.

Rights monitors and Rohingya refugees say the army and Rakhine Buddhist vigilantes have forced them to flee their homes.

UN investigators interviewing Rohingyas living in refugee camps near Cox's Bazar said on Friday they had gathered testimony pointing to a "consistent, methodical pattern" of killings, torture, rape and arson.

The fact-finding team, led by former Indonesian attorney general Marzuki Darusman, said the death toll from the Myanmar army's crackdown following Rohingya insurgent attacks on Aug. 25 was unknown, but "may turn out to be extremely high".

The UN team, which was established by the UN Human Rights Council in March, renewed its appeal for access to Rakhine state and for talks with the Myanmar government and military to "establish the facts".

In the early stages of the crisis, the United Nations described the military campaign as "ethnic cleansing", an accusation rejected by Myanmar, which says its military was engaged in counter-insurgency operations against Rohingya militants behind a series of attacks on security posts.

Myanmar, an overwhelmingly Buddhist country with small Christian and Muslim minorities, is struggling to emerge from decades of military rule, and Suu Kyi's democratically elected government is engaged in a peace dialogue with members of various armed ethnic groups.