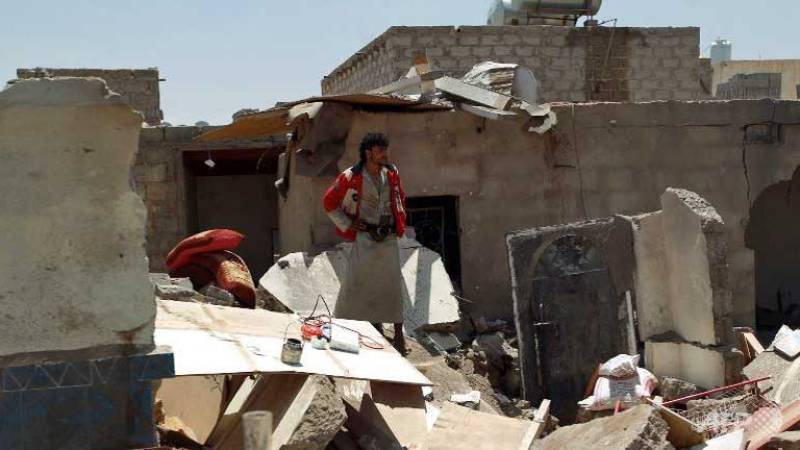 NEW YORK (APP) - At least 62 children have been killed and 30 injured in Yemen over the past week as fighting has escalated with a Saudi-led air campaign, the UN children’s agency UNICEF said Tuesday.

“Children are in desperate need of protection, and all parties to the conflict should do all in their power to keep children safe,” said UNICEF’s representative for Yemen, Julien Harneis.

Fighting has escalated sharply in Yemen after a Saudi-led coalition launched air strikes five days ago to block an advance by Shia rebels know as Huthis.

UN Secretary General Ban Ki-moon separately said he was “deeply concerned” by reports of numerous civilian deaths from the military campaign including an attack on Monday on a camp for displaced people that left dozens dead.

Ban reminded “all parties involved in military operations in Yemen of their obligations under international humanitarian law to ensure the protection of civilians,” a statement from his spokesman said.

The UN chief called for “strict adherence to the principles of proportionality, distinction and precaution.”

UNICEF said the fighting was severely damaging health and education services, and exacerbating already precarious conditions for children who are facing a food crisis and acute malnutrition.

The violence is leaving children terrified and more of them are being recruited as child soldiers, UNICEF said.

“It’s difficult in a time of war to get negotiations going, but it’s precisely crucial to do so at that very time,” UN spokesman Farhan Haq said.

The United Nations is backing embattled President Abedrabbo Mansour Hadi as Yemen’s legitimate leader in the face of the Huthi uprising that has plunged the poor Arab state deeper into chaos.

Hadi has fled to Saudi Arabia, which has accused Iran of backing the Huthis in a bid to bolster its influence in the region.