Ahsan Iqbal smells conspiracy against PML-N in next general elections 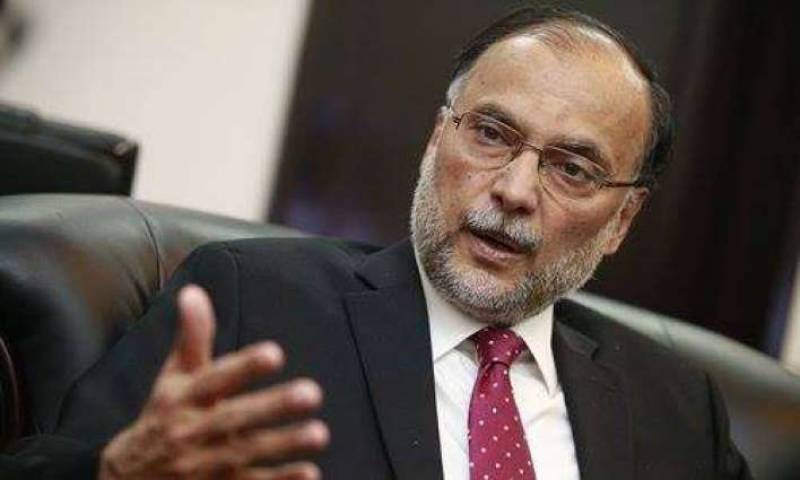 NAROWAL - Federal Interior Minister Ahsan Iqbal on Sunday said that a plot is being designed to confine the Pakistan Muslime League-Nawaz in upcoming general elections.

Addressing traders and journalists in Narowal, the minister said that politics and democracy should be allowed to prevail in Pakistan.

Slamming the previous government of Pakistan Peoples Party (PPP), Iqbal said that economy was on the verge of bankruptcy after the corruption of Asif Ali Zardar when the PML-N took over the government.

A few years back Pakistan was listed among dangerous countries and now it is among top five developing countries due to the effective policies of the incumbent government, said the interior minister.

He said that projects worth billions of rupees have entered in final stages, adding that economy will crash if political instability is continued.

For the first time, the PML-N government acquired land worth Rs100 billion for Diamer-Basha Dam, he said, adding that dams will also be built in Khyber Pakhtunkhwa.