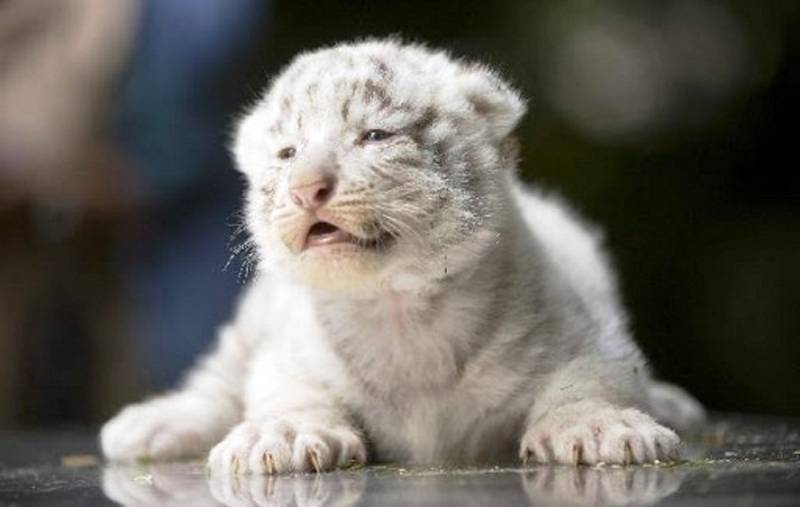 LAHORE – A four-day-old white tiger died at the Lahore Zoo on Thursday. The cause of the death has yet to be revealed.

Lahore Zoo deputy director said that the cub was very weak. He was fed artificial milk after his mother attacked him when he tried to suckle, he added. There are five white tigers at the zoo now.

The zoo management said that the cub had come down with a bad stomach resulting in motions and blood vomits. “They were given medicines but couldn’t survive.”

Earlier, the cub was being fed artificial milk as its mother attacked him when he tried to suckle.

According to Zoo officials, the animals had completely stopped eating two days before they died.

White tigers are a genetic anomaly. They have white fur because of the lack of pigment pheomelanin.

According to the WWF, as few as 3,200 white tigers are left on earth and none are currently known to exist in the wild.