Pakistan is a "wretched country", writes a woman on HONY Facebook page, but the replies by Pakistanis will make you proud 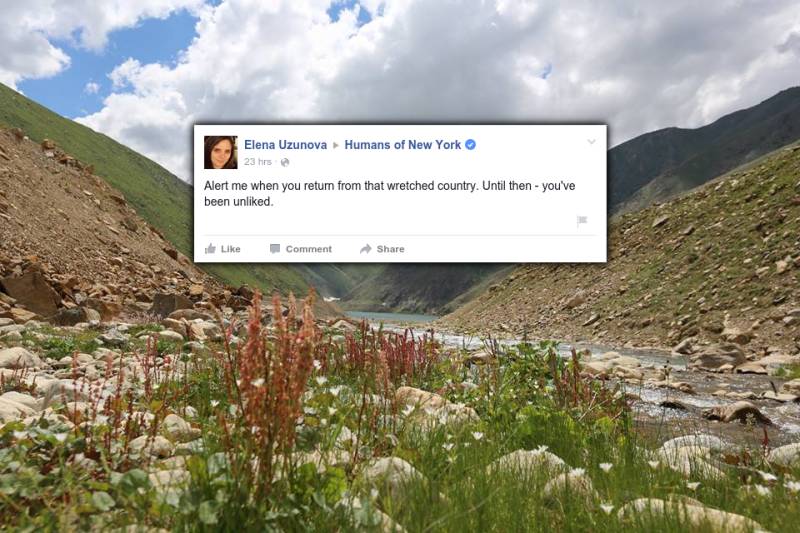 LAHORE (Nudrrat Khawaja) - How to reply to hate? Pakistani Facebook users showed the world that hate can be won over with love and kindness.

No one cursed, neither expletives uttered when a fan of 'Humans of New York' (HONY) called Pakistan a 'wretched country' on the photo blog's Facebook page. On the contrary, thousands of Pakistanis among other nationals replied to the hate-filled comment of Elena Uzunova in a polite manner.

Over 1,300 HONY fans commented on the post within hours and invited Uzunova to the country so that she can form an opinion based on her experience.

International followers of HONY page did not shy from expressing their criticism of the post. They criticized her for having a limited view of the world and disregard for other nations.

While thousands were in awe of the beautiful landscape of Pakistan and its people on HONY Facebook page, there were those who couldn't see beyond the screen of biased - if not entirely incorrect - portrayal of the country in international media. 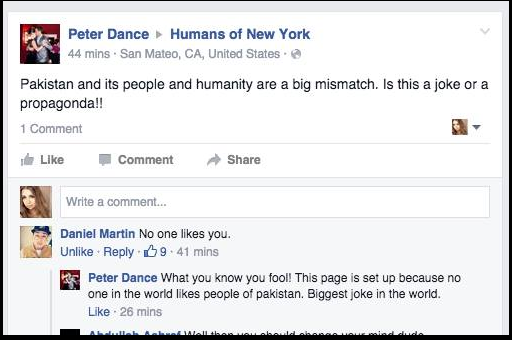 It wouldn't be fair to entirely blame the Americans for their skewed view of Pakistan, when their media is showing them only one side of the picture.

You know the partiality of international media, when a famous American television thriller series "Homeland" shows a CIA operative attacked in markets of Islamabad.

The symbolism in Homeland season 4 poster speaks volume about the ignorance of the show's producers and director. Perhaps inspired from the story Little Red Riding Hood, the protagonist Claire Dane is shown wearing a red head scarf, surrounded by women clad in Afghan burka. 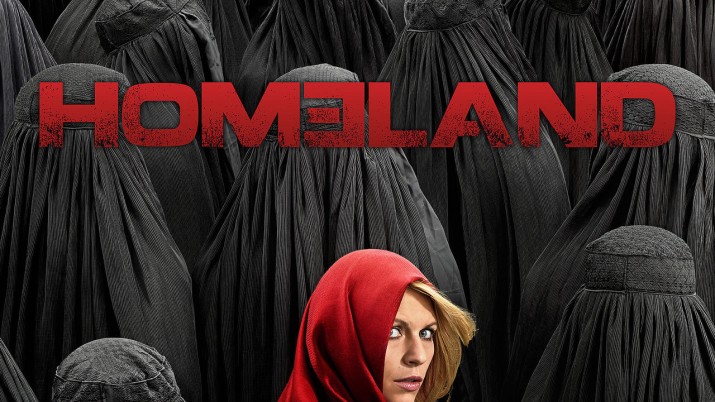 The way the capital was portrayed was nothing short of a hell-hole, with people being killed and dead bodies scattered around the city. The lack of research was evident from the scenes actors are shown speaking wrong Urdu.

Clearly, the Homeland research team had no clue about the Diplomatic Enclave in Islamabad and the security provided to the foreign dignitaries residing and working inside the compound's heavily guarded walls.

The international news media hasn't been impartial either. While reporting news, sensational headline or opinion evokes fear among the masses and they start to look at the entire nation through that prism.

Internet and social media has shrunk the world, where people can connect and stay informed about cultures and views which are not covered in the mainstream media.

HONY creator Brandon Stanton is on a similar mission to document and highlight the indigenous cultures and people of nations the world, which the international media fails to cover or deliberately ignores.

After all, it is all about humans of the world!