Azad Kashmir marches against Indian violence in the occupied zone 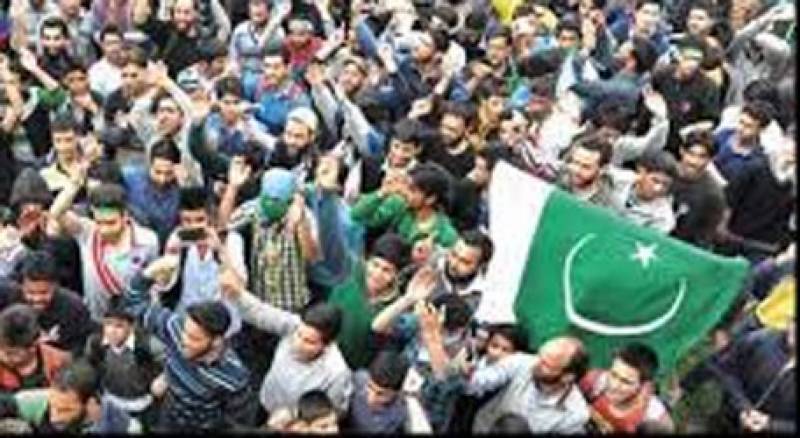 MUZAFFARABAD - A large number of people including refugees from Indian-held Kashmir came out on the streets in Muzaffarabad, capital of Azad Kashmir, to stage a rally against Indian violence on people across the Line of Control (LoC), just weeks after the extra-judicial killing of Burhan Wani, a pro-freedom insurgent leader in the occupied zone.

Earlier, when Azad Jammu and Kashmir (AJK) was smack in the middle of general elections, the leaders of most religious and political parties had marched in front of United Nations Military Observers Group for India and Pakistan (UNMOGIP) to protest the ongoing wave of state-ordered violence in the occupied zone.

Maria Tarana, a social activist in Muzaffarabad, said that sometimes people could not control their tears when they heard about the atrocities in Indian-occupied Kashmir faced by thousands of Kashmiris.

She said even when the internet and media was shut out, activists continued to conduct seminars and protests to highlight the brutality the Kashmiris were going through.

Professor Taqdees Gilani, an active civil society member, said that the Pakistani people needed to approach the UN human rights body to pressure India over the use of pellet guns in the occupied zone.

He alleged that India was lying about the pellet guns being non-lethal, adding that bullets which had blinded hundreds of people could not be called non-lethal.