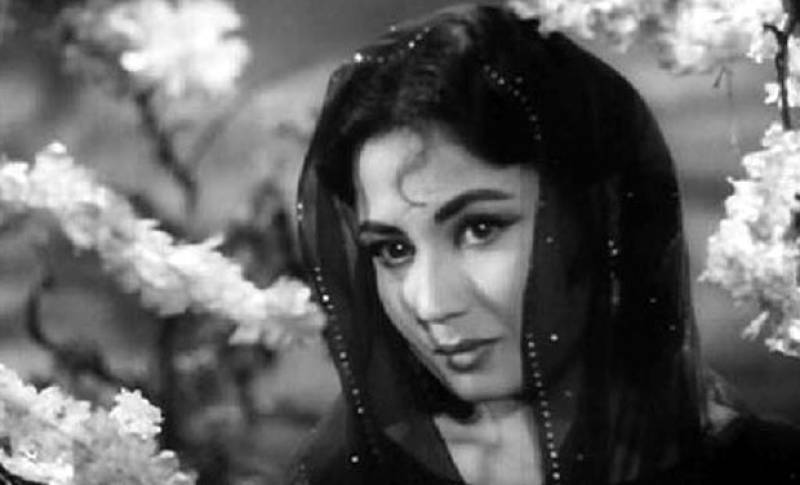 MUMBAI - On the late legendary actress Meena Kumari's 85th birth anniversary, Google has devoted a special doodle in her memory. The doodle shows the actress' beautiful face and expressive eyes.

"As shown in the doodle, Meena Kumari captivated audiences with her beautiful, expressive eyes," according to the official Google Doodle page. "Janmadin Mubarak Meena Kumari!," it said.

Meena Kumari won four Filmfare awards including Best Actress, before tragically passing away in 1972, when she was just 38. Although she lived a short life, Meena Kumari’s contribution to Indian cinema has been massive. She played such bold and powerful roles , that there was a time when Indian actors were unsure of pairing up with her for films – they knew her presence would dominate the screen and attract every eyeball towards her.

Back then, people used to flock to the halls to just catch Meena Kumari’s dance performances in the many movies she did.

Google Doodle seems to feature Meena Kumari in what was perhaps her most memorable role — as the courtesan Nargis in Pakeezah, a movie that took close to a decade-and-a-half to make — and also her last great performance.

Meena Kumari was not only an iconic star of Hindi cinema, she was also a poet of great flair and delicacy.

She battled loneliness and alcoholism and finally passed away due to liver cirrhosis in 1972.