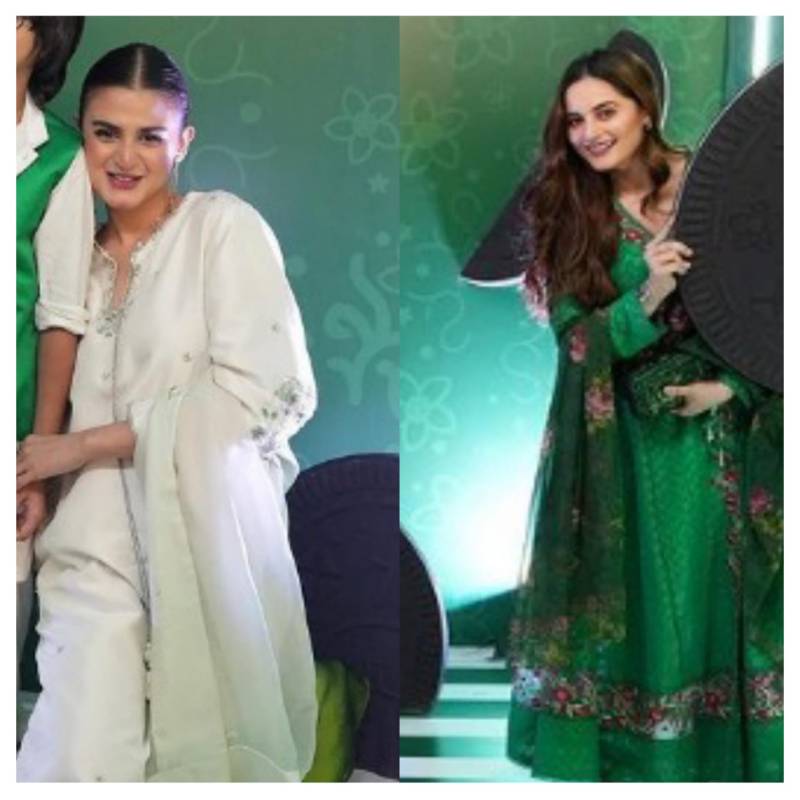 In honour of Pakistan’s Independence Day on the 14th of August, Hira Mani and Aimen Muneeb couldn’t stop themselves from indulging in the spirits of patriotism.

Dressed in white and green ensembles, the Lollywood divas carried out a karaoke session singing national songs. The gorgeous ladies looked dazzling with the positive energy they were giving off.

Pakistani celebrities, whichever part of the world they may be in, are gearing up to celebrate 75th Independence Day on 14th of August in glitz and glam. Aiman and Hira's sweet gesture was no less and received many praises from netizens. Both the actresses are instilling a positive message using their platform in the younger generation who is quite out of touch with their roots.

While there was seemingly nothing wrong with their actions, some netizens were quick to school the actresses to respect the Holy month of Muharram ul Haram. It is advised to avoid singing or dancing to pay respect to the martyrs of Karbala, and netizens did not hold back this time.

Although they received some backlash, the Mere Paas Tum Ho and Meri Beti actresses did not pay mind to the unnecessary public scrutiny and carried on.

Pakistani actress, Hira Mani, has a knack for sharing her opinion which may infuriate netizens and this happened as ...