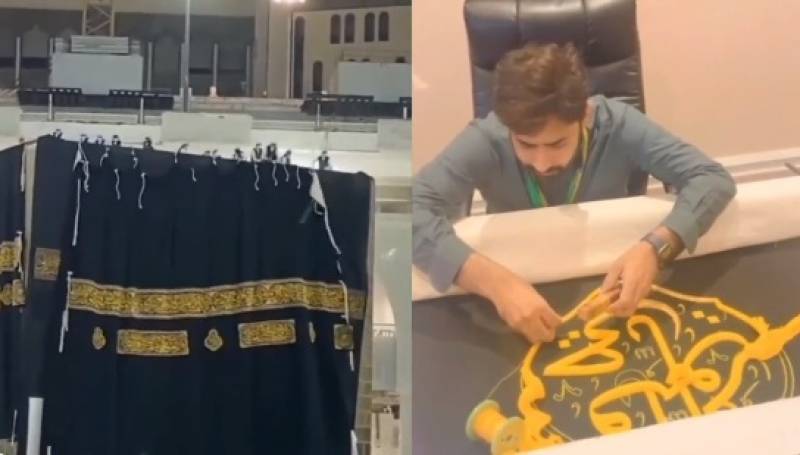 LAHORE – Pakistan singer and PTI leader Abrarul Haq is over the moon after he took part in embroidery work on Kiswa – the black cloth that covers Kabaa, the holiest place for Muslims.

He shared a video on Twitter showing him doing needlework using gold thread on Ghilaf-e-Kaaba.

If my parents were alive today, they would be very happy that their son got an opportunity to participate in stitching of the new cover of the Kaaba this year, he captioned the post.

In accordance with the annual tradition, the cloth of the Holy Kaaba, Kiswa, was replaced by the staff of the General Presidency for the Affairs of the Grand Mosque and the Prophet Mosque on Saturday, at the start of new Islamic year.

It is for the first time that Kiswa was replaced on the first of holy month of Muharram as it used to be installed on the morning of Dhul Hijjah 9 during Hajj.

The replacement of the Kaaba's Kiswa was carried out by a team selected from King Abdulaziz Complex for Holy Kaaba Kiswa, as the team began to dismantle the old Kiswa with the new one.