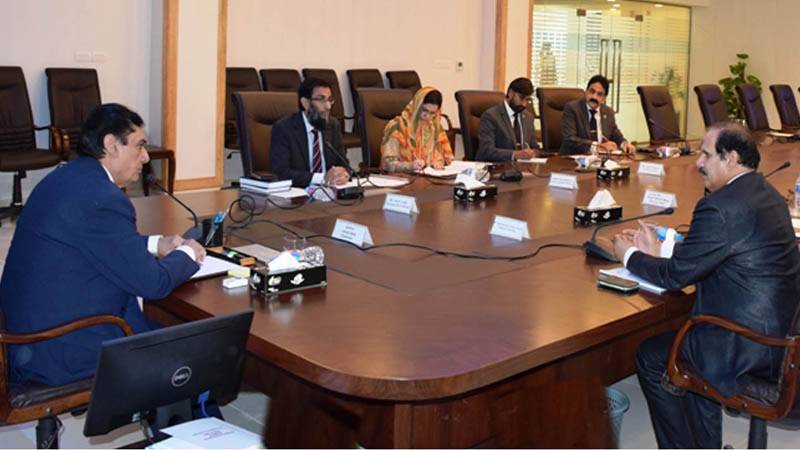 ISLAMABAD- The Chairman of the National Accountability Bureau (NAB) Justice (r) Javed Iqbal has said that the anti-graft body recovered a staggering Rs 2580 million in a span of one year which was a record achievement.

The NAB chief chaired a meeting at the Islamabad office on Saturday and highlighted the successes achieved by the body in last year saying, the topmost priority was the eradication of corruption.

According to a press release issued by the body, the NAB chief presided over a meeting to review the implementation of 'Our Faith Corruption Free Pakistan' policy and expressed that it was very successful.

Justice (r) Javed Iqbal told the attendees that the bureau was engaging media, civil society, students and different sections of the society in its awareness campaigns for which the media wing deserved appreciation.

About the outcomes of the initiatives taken by the anti-graft body, the NAB chief told the audience that NAB had become a vibrant institution and watchdogs like Transparency International, Pildat, World Economic, Mishal Pakistan, and others have lauded its performance.

The accountability watchdog stated that NAB has not only arrested 503 accused persons during one year but also recovered Rs. 2580 million from corrupt elements which is a record achievement.

"The recovery made by NAB was then returned to hundreds of affectees and some government departments but not a single rupee has been paid to any NAB employee as NAB officers/officials," the press release added while mentioning that 440 corruption references were filed by the bureau.

Expressing satisfaction over the progress of the anti-graft body, Justice (r) Javed Iqbal said that due to across the board actions eradication of corruption has become the voice of the whole nation.

The NAB chief reaffirmed that the bureau strongly believes in "Accountability for All" policy as it is not for victimization against anyone and has no affiliation with any party as NAB officers have their first and last affiliation with the state of Pakistan.