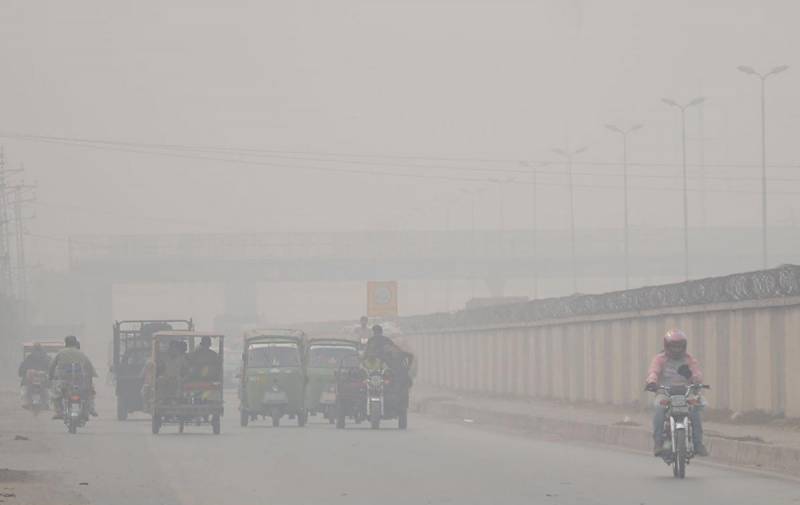 LAHORE – The air quality of the country’s second-largest city Lahore ranked worst in the world with a warning of the threat to public health if unsafe air quality levels persist.

On Thursday, the city of gardens witnessed the worst air quality in the world when the AQI soared to 433.

In some areas of the metropolis, the index reading reached up to 433, putting local authorities to shame for its claims of better air quality.

The air quality in the Indian city of New Delhi was second worst compared to other cities while Pakistan’s largest city Karachi remained third for the worst air quality.

People who suffer from respiratory disorders must take special precautions to keep themselves safe as the air quality index in Lahore and its adjoining areas is too high which is considered a health hazard.

Air Quality Index between 0-50 is considered good which poses little or no health risk, below 100 is said to be ‘moderate’. AQI above 100 is termed unhealthy in which the general public and sensitive people, in particular, are at risk of experiencing irritation and pulmonary issues.

Experts said AQI between 200-300 is very unhealthy, during which the general public would be noticeably affected while if the level touches 500, it is considered ‘hazardous’.