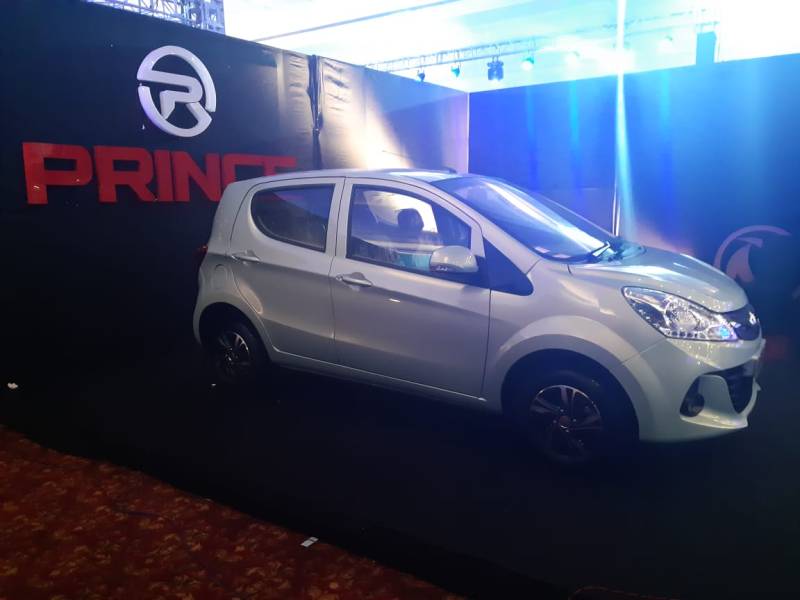 Prince Pearl is launched in the country with an 800cc, EFI engine which produces 40 HP and is equipped with modern features such as power windows, power steering, and multimedia system. RAIL will be providing a warranty for 60,000 KMs or 3 years whichever comes first. Available in 6 different colours and at 16 3S dealerships (Sales-Service-Spare Parts) across Pakistan, Prince Pearl will be available in the market from 1st February 2020.

While talking to the media, Governor Punjab Chaudhry Sarwar said, “It is heartening to see a local company take the initiative to provide such an automobile to the masses. I look forward to seeing what Regal Automobiles holds for the future.”

Addressing at the ceremony, Muhammad Adeel Usman, Managing Director, Regal Automobiles Industries Limited (RAIL), said “This is the first time that a local company has taken a step at such a huge level to add to the economy of the country while providing a high-quality product at an affordable price. The car is a blessing in disguise for the people of Pakistan where the economy is a burning issue for the government,” he said.

Regal Automobiles Industries Limited was established in 2017 as a technical venture between DFSK, which is the prodigious and renowned brand in China and RP Group which is one of Pakistan’s most prominent business conglomerates to manufacture and market PRINCE vehicles in the country.

At present, the company is offering a complete range of light commercial, passenger and SUV range with full after-sales and technical support to its customers. Regal Automobiles Industries Limited is the first company awarded with Green Field status under Automotive Development Policy (ADP) 2016-2021). Keeping in view of the honourable Prime Minister’s vision for the automotive industry, RAIL has invested Rs.1.5 Billion on this project to generate jobs, industrial and economic stability in Pakistan.