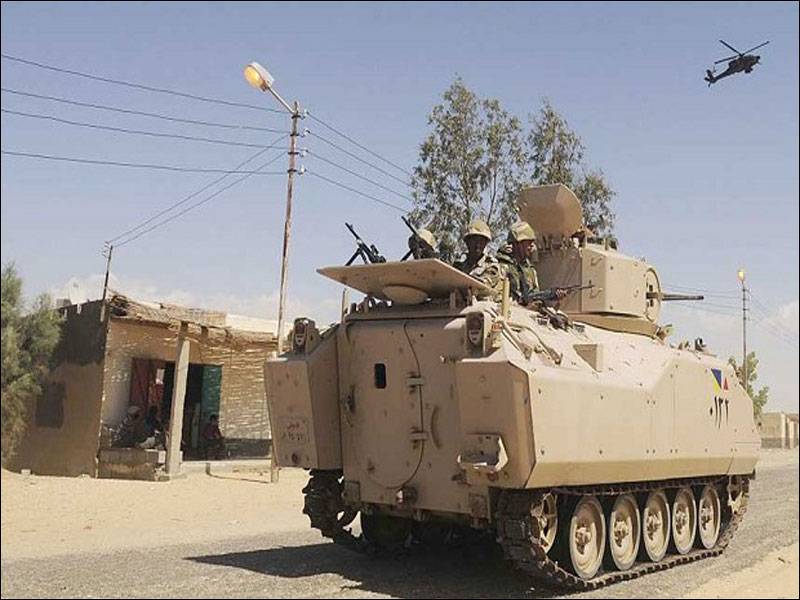 "More than 70 terrorist elements waged simultaneous attacks against five security checkpoints in North Sinai," the army spokesman said in a statement on his Facebook page on Wednesday.

The assault came two days after the country´s state prosecutor Hisham Barakat was killed in a Cairo bombing.

Barakat was the most senior government official killed since militants launched an insurgency following the military´s overthrow of president Mohamed Morsi in 2013.

It is pertinent to mention here that troops on regular basis come under attack in the Sinai, where militants linked to the Islamic State live.