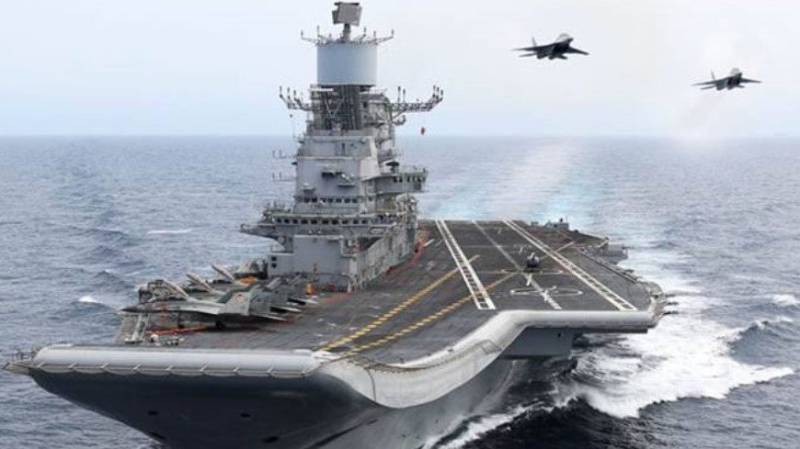 Since the advent of World War 2, aircraft carriers have been seen as an important sea battle arm and over a period of time, its utility has been enhanced by the world Navies due to its diverse mission sets. The evolution of the aircraft carrier from wooden vessels to nuclear-powered warships, carrying both fixed and rotary-wing aircraft, signifies it as an unpredictable wartime asset that no land-based system can replicate.

The aircraft carrier is a sea-based aviation platform which plays multiple roles including power projection, land attack from the sea, securing Sea Lines of Communication (SLOCs), the security of island territories, foreign diplomacy and other non-combat operations. The carrier holds its prestige and assumed to be an important component by Navies as indispensable to their strategic assets vis-à-vis their strategic and global objectives. However, it is the most complex among all warships and importantly one of the most expansive sea asset, which stirs the traditional debate among policymakers over the desirability of investing in aircraft carriers.

For many years, India’s strategic and political tier strongly believed in formulating an expansive naval strategy, however, lack of consensus on the nature and direction of the Indian strategy prevented concrete progress. They maintained that Indian military in general and Indian Navy, in particular, must assert maximized role in the Indian Ocean Region as a net security provider and beyond into the western Pacific as an Asia-Pacific power thus justifies for spending more in Indian Navy. This justification compels the Indian Navy to pursuit for major procurements along with three aircraft carriers.

Chief of the Indian Navy, Admiral Karambir Singh, has previously stated that the country needs three aircraft carriers. Understanding the wide area to be covered on both sides of the Indian Peninsula, it is essential for India to maintain an operational carrier battle group on both sides, and at all times. For that matter Indian Navy emphasizing on three aircraft carriers out of which two must remain operational and the third one to be retained for repairs and refits.

Before going into the debate that whether the Indian Navy has enough allocated budget to have three carrier battle groups, we first need to look at the existing Indian aircraft carriers. Indian Navy has one operational aircraft carrier, INS VIKRAMADITYA and another one, INS VIKRANT, which is under construction at the Cochin shipyard is expected to be commissioned in next three to four years, but unlikely to be done following the technical and financial constraints.

Recently, India’s Chief of Defense Staff (CDS) General Bipin Rawat said in a statement that the Indian Navy’s request for a third aircraft carrier may not be approved any time soon citing operational priorities. CDS has specifically targeted the carrier plans of Indian Navy, reiterating that the carriers can be knocked off by missiles. The CDS statements have called into question the acquisition plans of Indian Navy particularly “Maritime Capability Perspective Plan” goal of fielding a 200-warship Navy by 2027.

Over the last two years, the Indian defence budget allocation has seen a depleting trend and has been lowest since the 1960s. Out of the total defence budget, the Indian navy’s share stands at about 13.66 percent and it would want it to go back to 18 percent, as was the case in 2012-13. However, the recent impact of COVID-19 on Indian economy is likely to further diminish its defence budget. On 08 April, the Indian Ministry of Finance issued an official memorandum, asking for expenditure cuts on several ministries including the Ministry of Defence (MoD). The defence ministry has been asked to limit its first quarter (April-June 2020) spending to 15-20 percent (instead of 25%) of its full-year allocated a budget of INR 4713.58billion.

In an article published by Manohar Parrikar Institute for Defence Studies and Analyses, titled “COVID-19 and India’s Defence Spending” stated that any reprioritization undertaken by the MoD in the short term is not going to be easy, considering that the MoD is already in the midst of a huge resource crunch. In 2020-21, the gap between its fund requirement and budget allocation was nearly INR 1,030 billion, it observed.

It is important to mention here that the Indian defence expenditure is clearly unsustainable for defence modernization as it is being spent around 60 percent on salaries and pensions. Considering the financial constraints and revision of major defence procurements, the Indian Navy is likely to windup proposals for aircraft carriers at least for the time being.

Also taking into account of the vulnerabilities of an aircraft carrier, which are becoming more exploitable as it is not possible for carriers to hide in this era of precision-guided missiles and reconnaissance satellites, as emphasized by India CDS as well. Furthermore, one can relate the CDS statement as an admission of the fact that in the event of naval war between Pakistan and India, the Carrier would always remain under threat if deployed towards western seaboard after progression in effective anti-ship missiles indigenously developed by Pakistan Navy. Failing to achieve objectives through Aircraft Carriers can cause a significant blow to the Indian Navy and strong psychological impact to Indian Nation.

Ali Basit is an independent researcher and alumnus of Quaid-i-Azam University. His areas of interest are international relations, Geo-politics, and Maritime security