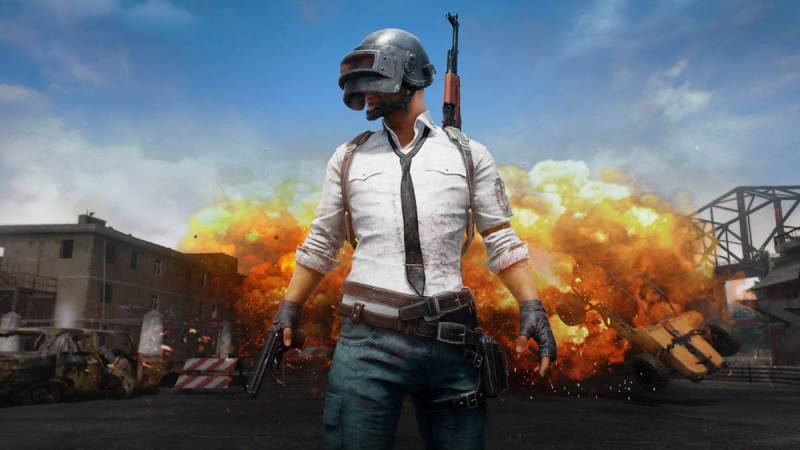 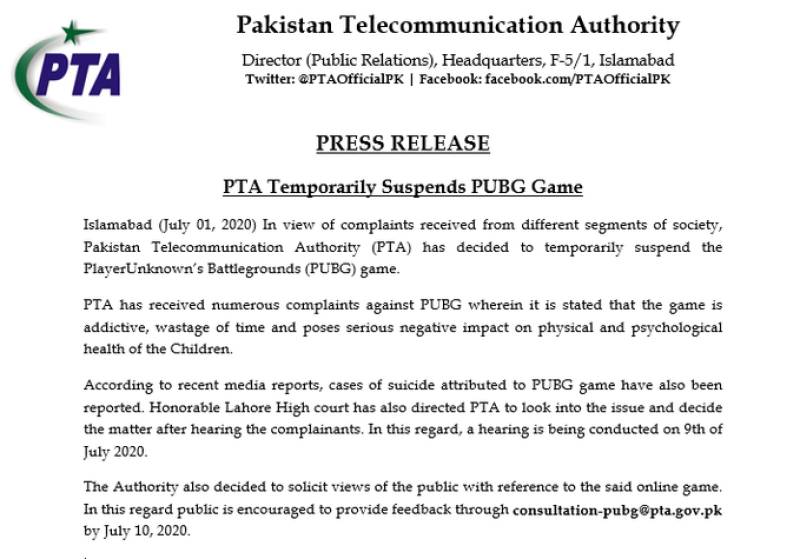 ISLAMABAD – The Pakistan Telecommunication Authority (PTA) on Wednesday imposed a temporary ban on an online game, PlayerUnknown’s Battlegrounds (PUBG) after three boys committed suicide in Lahore in June due to it.

A statement issued by the PTA said that it has received numerous complaints against PUBG wherein it is stated that the game “is addictive, wastage of time and poses a serious negative impact on the physical and psychological health of the Children".

The regulatory body further said that the decision has been taken on complaints lodged by citizens and media reports about cases of “suicide attributed to PUBG game".

"Honorable Lahore High court has also directed PTA to look into the issue and decide the matter after hearing the complainants. In this regard, a hearing is being conducted on the 9th of July 2020," it added.

"The Authority also decided to solicit views of the public with reference to the said online game. In this regard public is encouraged to provide feedback through consultation-pubg@pta.gov.pk by July 10, 2020," the statement read further.

In the month of June, three boys had committed suicide after they were barred from playing the violent game by their parents.

Punjab Police had also decided to write to the PTA and Federal Investigation Agency for a ban on the online game due to its negative impact on youth.