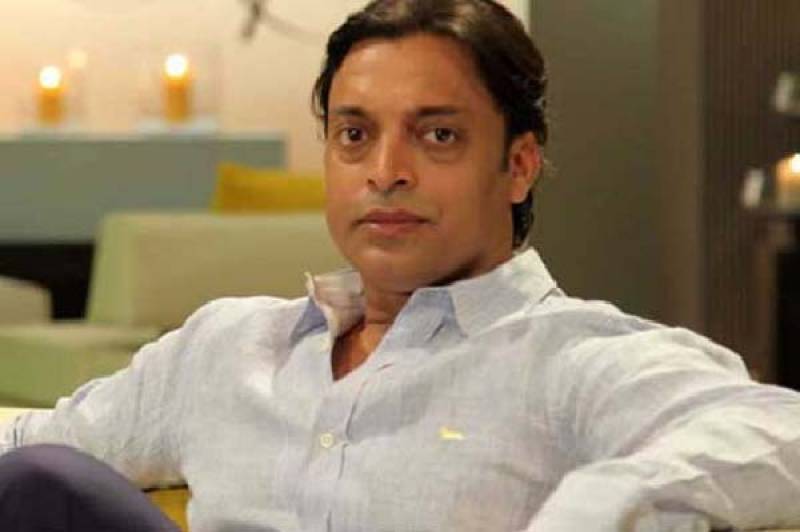 ISLAMABAD - Former pacer Shoaib Akhtar wants Green-shirts to showcase the late 1990s brand of cricket against England, for which Pakistan was known for, saying the whole world would be watching the series and the expectations were high.

“Pakistan needs to play good cricket by making the right combinations after accessing the situation. We should not just play to draw the Test series but win it. In the past we lost many series just because of the batting and mindset which we could have won,” he said in a video on his YouTube channel.

He said in the late 1990s when we used to play cricket in the likes of Aamir Sohail, Saeed Anwar, Ijaz Ahmed, Inzamam-ul-Haq, Salim Malik, Wasim Akram, Razzaq, they all played with aggression.

“I need that type of aggression and that brand of cricket which we were known for. I want Pakistan to play sensible innings as the whole world will be watching the series. I have a lot of expectations from Babar Azam and Haider Ali (in Twenty20),” he said.

Shoaib, who bagged 178 wickets in 46 Tests, said he wants to see Pakistan come out as a good team. “I want the fast bowlers to go out and see their length as the aggression lies in the length and not in the pace. Glen Mcgraw, Wasim Akram, Maklum Marshal were the bowlers who knew when to hit the deck. So keep up the pace and test English batting and skill,” he said.

The former speedster regretted that there was no practice match before the series where spinners Yasir Shah and Shadab Khan’s form would have been checked.

“Yasir is a very good spinner and he needs to compete and perform. Shadab is also brought for reentry and rebuilding as he can be a part of the test team. I am seeing that Pakistan will go in the series with three pacers, one all-rounder and a spinner depending on the wickets,” he said.

Shoaib, who took 247 wickets in 163 ODIs, said England has a long batting line up in the likes of Barristrow, Joe Root, Ben Stokes, etc. “I want the Pakistan team to be aggressive and test the England batting and their skills.

At the same time, Pakistan needs to come out as a great team, as a unit. And when it comes to leading the pack with Wahab Raiz or Shaheen Shah Afridi, I just want Pakistan to look like a better team,” he said.