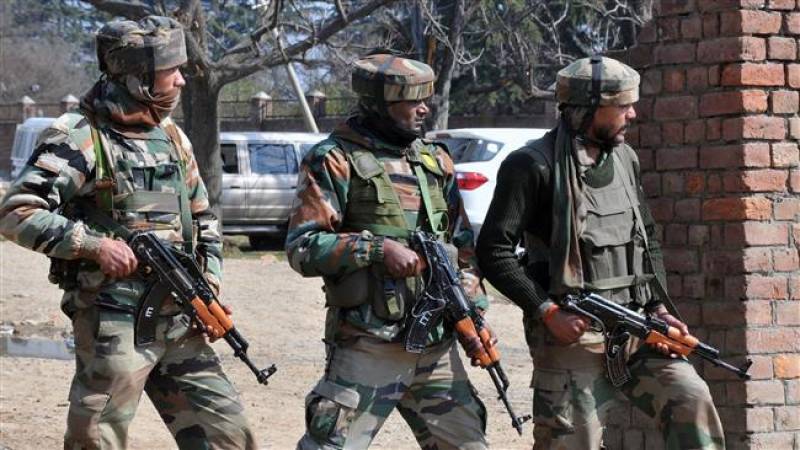 According to KMS news, Indian forces martyred 10 youth during a violent military operation in Mendhar and other villages of Poonch district.

The operation was launched by Indian troops on 28th May in the areas of the district. The Indian army officer told media a man that searches were underway in the villages of Poonch district.

According to KMS, the young men embraced martyrdom after shot dead by the troops during a violent military operation in Nawshehra area of the district.

A total of 21 Kashmiris, all young men, have been killed by Indian forces in the occupied Himalayan region during the last month, while at least 200 people were injured due to the use of brute force against protesters for demanding the right to self-determination.

Similarly, 146 people including several women were arrested while at least 20 women were molested and disgraced during five 565 cordon and search operations in different areas of the held territory.

The troops along with police personnel also destroyed or damaged over 800 residential houses and also looted them in the month.

Still, this worst kind of siege has failed to subdue the freedom sentiment of Kashmiri people and they are determined to keep fighting for their rights, including the right to self-determination.