Ishaq Dar takes oath as Senator amid ruckus by PTI 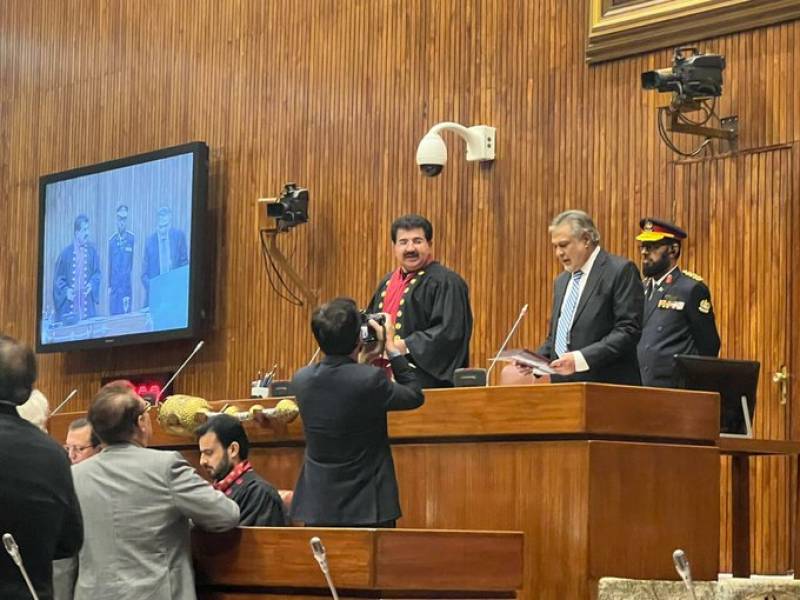 ISLAMABAD – PML-N leader Ishaq Dar on Tuesday took oath as a senator as he reached back Pakistan from the United Kingdom after ending his self-imposed exile.

Senate Chairman Sadiq Sanjarani administered the oath to Dar amid uproar created by the Opposition, including members of the Pakistan Tehreek-e-Insaf (PTI).

Dar, who has served as finance minister in previous PML-N tenures, had been successfully elected to the upper house of the parliament from Punjab but he could not take oath as he had been in London since October 2017.

The senior economist returned to Pakistan along with Prime Minister Shehbaz Sharif Monday night and he will sworn in as the finance minister tomorrow (September 28).

President Arif Alvi will administer the oath to Dar at a ceremony in Aiwan-e-Sadar.