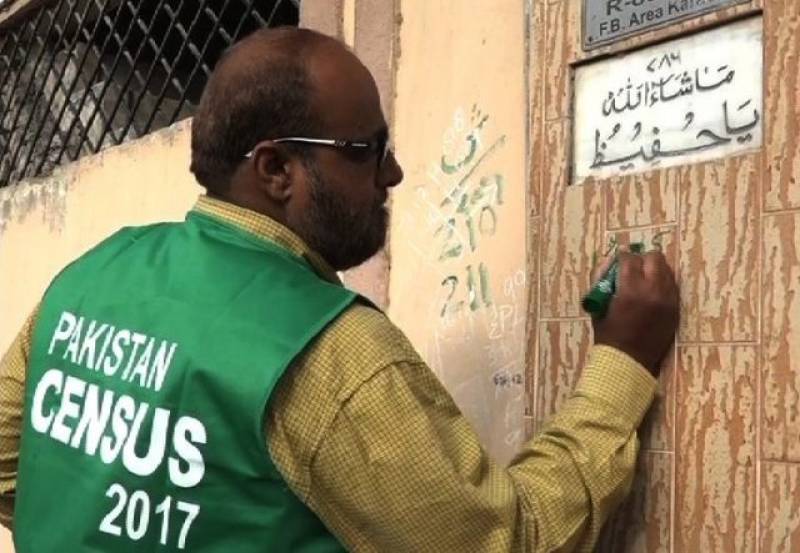 LAHORE - The first phase of head-count under the 6th population census began in sixty-three districts across the country here on Saturday after completion of house listing.

In the second phase, census process will be conducted in 21 districts each in Punjab and in Sindh, 18 in Khyber Pakhtunkhwa, 17 in Balochistan, Islamabad Capital Territory, and five each in Azad Kashmir and Gilgit-Baltistan.

The services of 84,000 enumerators are being utilised in collecting the data from about 168,120 census blocks across the country.

The Bureau has reserved about ten percent staff and supervisors, hence bringing the total staff for census to over 118,000 persons, the largest ever.

In addition to enumerators, 200,000 army personnel have been engaged for the exercise, they said, adding that one army soldier would be attached with one enumerator throughout the exercise and they would be provided proper security cover-up by the Army.

The census is being conducted after a gap of 19 years. The last census was done back in 1998 during premier Nawaz Sharif’s second stint. The exercise will continue for ten days.