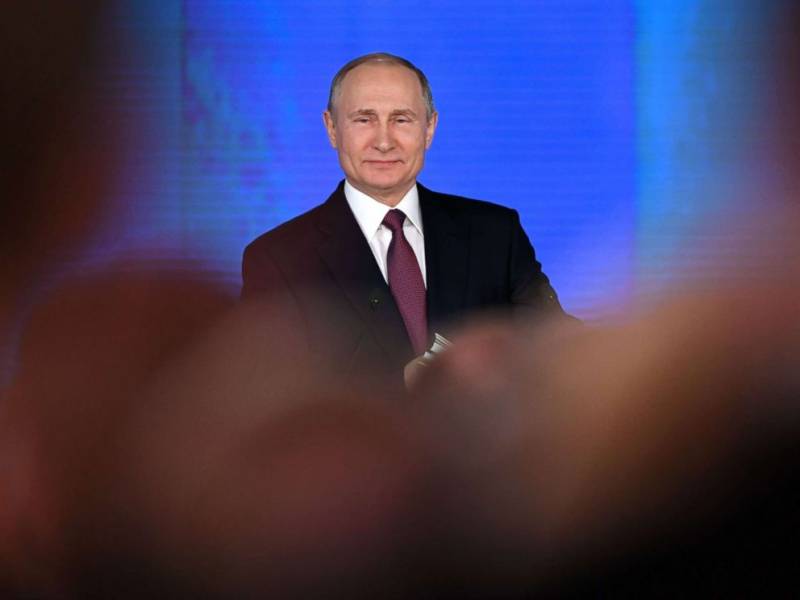 The new weapons include underwater drones capable of launching nuclear strikes and a hypersonic missile that has unlimited range, the Russia Today reports.

In a speech delivered to federal legislators, Putin said the weapons are both new and unique to Russia.

President #Putin announced #Russia's new hypersonic Sarmat ICBM capable of outmanoeuvring any existing missile defence is ready - it's a response to US abandoning anti-missile defense treaty and building up its potential. No one listened to us before, so listen to Russia now pic.twitter.com/LoPQGSebgp

He confirmed tests of a new intercontinental ballistic missile complex (ICBM) codenamed Sarmat. Weighing more than 200 tonnes, the system has an increased range over its predecessor, and able to fly at minimal altitude, he claimed.

“No anti-missile system - even in the future - has a hope of getting in its way,” said the president.

The nuclear-powered cruise missile had been successfully tested in late 2017 as the president showed a video apparently of the test. The video showed the missile’s firing into the sky and then flying, before switching to a graphic that simulated the rocket’s meandering around the globe, headed toward the United States before turning south and flying down to the South Atlantic.

"During the flight, the missile has reached the specified power and showcased the necessary propelling force. The launch of the missile and ground tests make it possible to start creating a fundamentally new type of weapons: a strategic complex of nuclear weapons with a nuclear-powered missile," Putin said.

"No one else has such a weapon," Putin added.

Putin said Russia was developing the array of new weapons in response to the United States’ creation of a missile-defense shield that has been partly deployed in Europe. A refusal to listen to Russia's concerns about the shield, which Moscow has voiced for well over a decade, had forced it to develop a deterrent that could overcome any conceivable kind of missile defense, he said.