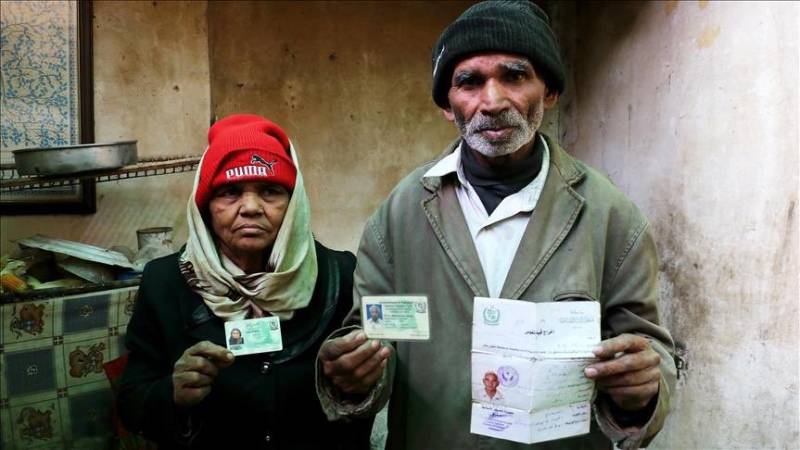 DAMASCUS - An elderly Pakistani couple besieged in Syria has safely been evacuated through the Wafidin Corridor by the Syrian Red Crescent and is on their way to Pakistan.

The couple,  72-year-old Muhammad Fazal Akram and 62-year-old Sughran Bibi, was among the 400,000 civilians, caught in the siege put in place by Bashar al-Assad regime and were trapped in war-ravaged Syria for over seven years.

Pakistan’s diplomatic machinery sprung into action in December through the staff deployed in Damascus which contacted the couple besieged in Eastern Ghouta, after their plight was highlighted by leading daily Pakistan Today.

"We came across a news story about an old Pakistani couple in Damascus trying to take refuge in the embassy of Pakistan, which belonged to Gujrat district of Punjab province and has been living in Eastern Ghouta since 1988," Pakistan's Foreign Office spokesman Dr Mohammad Faisal had said.

According to  Middle East Monitor, Akram repeatedly tried to enlist the help of the Pakistani embassy, however, they did not respond.

Unfortunately, the couple - living in the country since 1973 - also lost one of their children during the civil war.