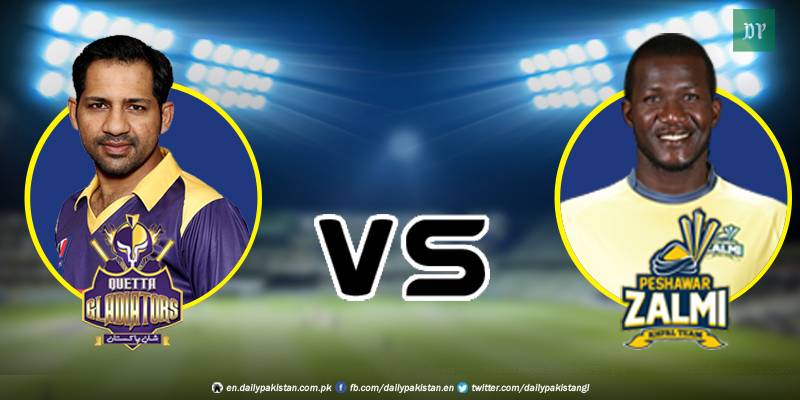 SHARJAH - Darren Sammy took Peshawar Zalmi to victory single-handedly in a nail-biting thriller against Quetta Gladiators at the Sharjah cricket ground on Thursday.

Sammy smashed two sixes and one four in the four balls he faced, ensuring a much-needed victory for his side with two balls to spare. The defending champions were chasing the 142-run target set by Gladiators, who are asked to bat by Zalmi after winning the toss in the 10th match of the Pakistan Super League's third edition.

Quetta Gladiators scored 141 runs for the loss of eight wickets as none of their batsmen could reach fifty against defending champions Peshawar Zalmi.

Earlier, Zalmi won the toss and elected to bowl first.

The match, which started at 09:00pm Pakistan Standard Time (PST), is being live broadcast in Pakistan and UAE by PTV Sports, Geo Sports, and Ten Sports.

The cricket fans can also view the match online on the PSL-T20 Official website. For the live score, updates, and analysis, you can follow dailypakistan.com.pk.

OUT! 16.3 Umaid Asif to Rilee Rossouw

OUT! 12.1 Darren Sammy to Kevin Pietersen

OUT! 2.5 Sameen Gul to Asad Shafiq

Quetta is at third place on the league table after winning two out of their three matches. They started their campaign by losing to Karachi Kings by 19 runs. The side won their second game against Lahore Qalandars by nine wickets and emerged victorious against 2016 champions Islamabad United by six wickets.

On the other hand, defending champions Zalmi started the campaign on losing note as they were beaten by Multan Sultans. The side then went on to beat Islamabad United by 34 runs but lost to Karachi Kings by five wickets.

Karachi Kings is at the top of the table with six points while Multan Sultans are at the second place with four points. Quetta Gladiators, Peshawar Zalmi, and Islamabad United are at third, fourth and fifth place respectively while Lahore Qalandars is at the bottom without a point to their name. 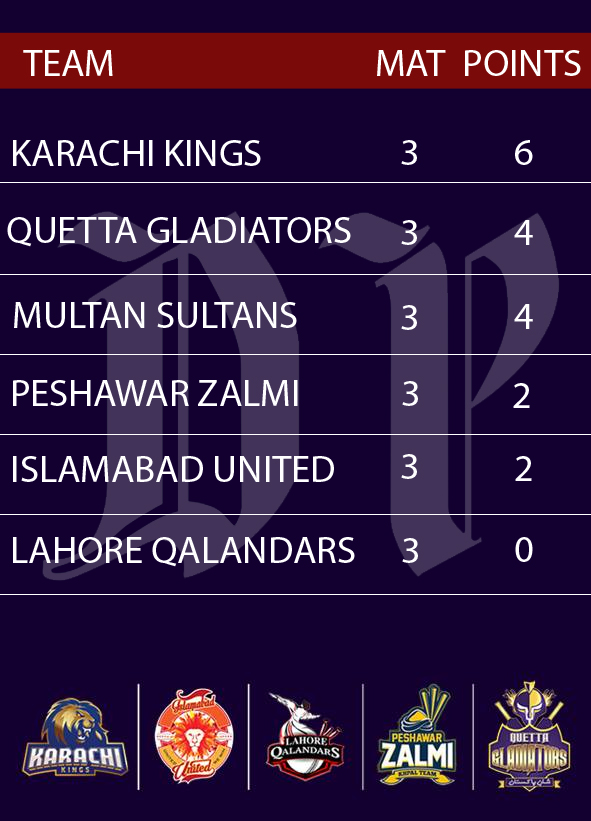 No chances of rain