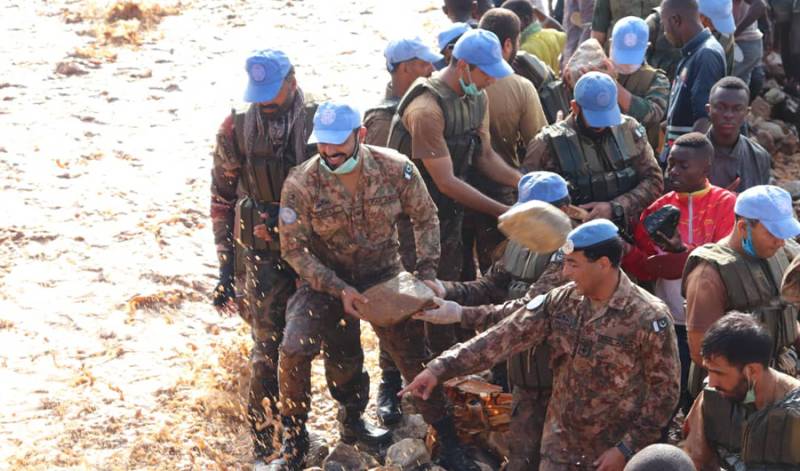 NEW YORK - The United Nations (UN) has hailed and acknowledged the rescue services of Pakistani Peacekeepers in Congo.

In a tweet, a UN spokesperson said that Pakistani peacekeepers helped and saved hundreds of lives during deadly floods in Congo.

Pakistan is among the top contributors to @UNPeacekeeping

Watch how Pakistani peacekeepers from @MONUSCO helped save hundreds of lives during the deadly floods in the #DRCongo pic.twitter.com/UeAAZEnA63

The world body spokesperson said that Pakistan is amongst the top contributors to the UN Peacekeeping.

Pakistani Blue Helmets, part of UN Mission in Congo (MONUSCO) immediately rushed to the affected areas for rescue and relief of local populace. Rescue parties were immediately dispatched with paramedics and rescue equipment to different locations. (2/4)

The ISPR said that Pakistani blue helmets, who are part of the UN rushed to the affected area and “built a stone embankment to check flood water, which was strong enough to shift people and vehicles from the affected area”.

Pakistan has more than 4,000 blue helmets serving under the UN for maintaining peace and stability across the world.