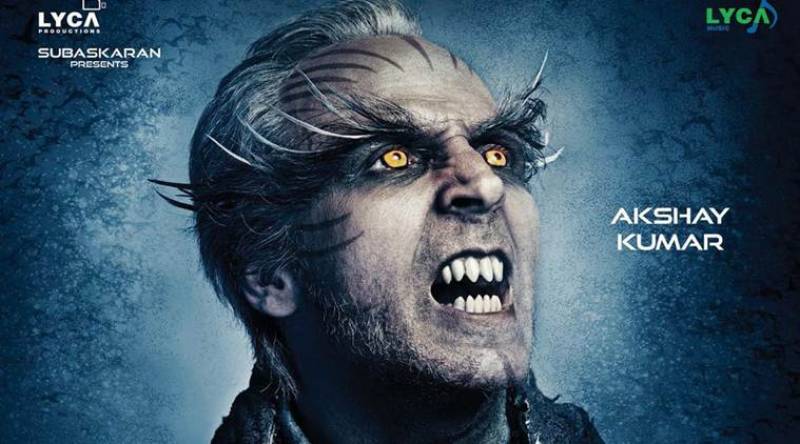 MUMBAI -  Akshay Kumar and Rajinikanth's movie '2.0' poster shows Akshay Kumar as a beastly figure that is sure to give you chills!

The film will feature Akshay Kumar as the antagonist. His character Richard is an anomalous scientist having evil agendas. Rajnikanth will be playing Vaseegaran, the protagonist to Akshay's role. The movie also features actress Amy Jackson.

“Rajini sir is the real superstar. I would like to thank Shankar sir for giving me the opportunity of working with a legend like Rajinikanth. I could’ve never imagined that I will get a chance to work in such a big and costly film like 2.0,” said Akshay in praise of his costar Mr. Rajnikanth

He continued, “I have done 130 films (in Bollywood). 2.0 was my 131st film. I can only say that during the making of those 130 films, I got to learn little from every film, but I was learning throughout the shooting of this film.”