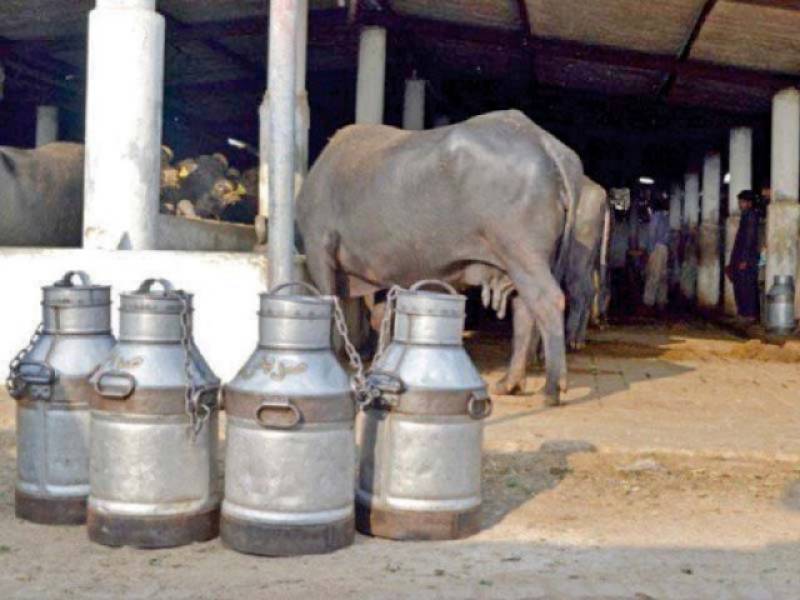 Highlighting the progress made by the administration regarding provision of safe milk to the residents, Mohammad Tahir stated on Tuesday that a campaign against substandard and contaminated milk was launched that checked 70,000 litres of milk out of which 36,000 litres was destroyed as it was contaminated.

Revealing the severity of the problem, the official claimed that once sellers used to mix water in milk to generate extra revenue but now detergents, chemicals, powder etc., were being mixed with milk to maintain its viscosity, colour and odour.

What exacerbates the situation was the disclosure that both unpacked and packed milk were facing issues in this regard.

He expressed that children and elderly people were facing problems of teeth and bones because of a lack of calcium as they were not getting pure milk.

'Currently, we are getting substandard milk from Rawat and Tarnol. We have issued notices to 208 milk sellers and arranged 1,317 lectures to create awareness among the citizens about the quality of milk,' he said.

Dismayed by the shocking disclosures, Committee Chairman Sajjad Hussain Turi stressed the need for a centre to check all the milk coming to the federal capital before allowing its sale.

Presenting the solution, Senator Noman Wazir said the contract for the supply of milk in the city should be given to one private company that should also be made accountable in case of any complaint.

The committee decided to hold another meeting on the one-point agenda of milk.

Regarding the issue of poultry products, Dr Tahir said because of the use of steroids in the poultry feed, chicken had become very dangerous for consumers, especially children.