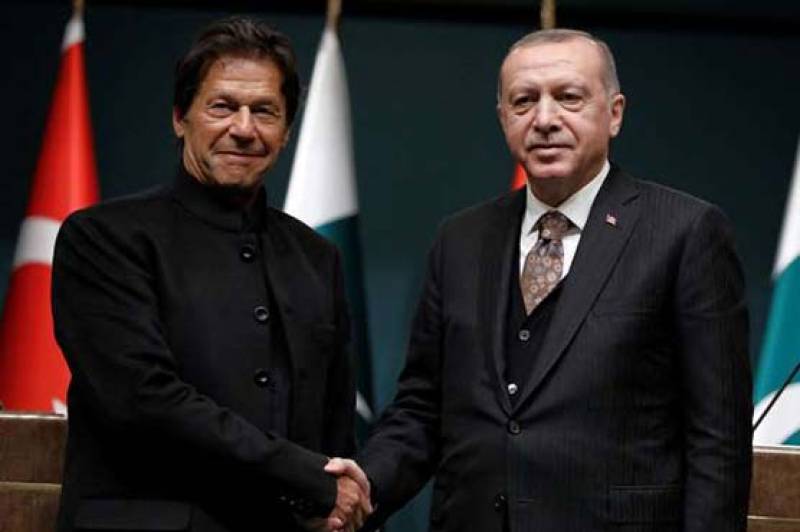 ISLAMABAD – Prime Minister Imran Khan held a telephonic call with Turkish counterpart Recep Tayyip Erdogan on Saturday night, during which he conveyed condolences over the loss of precious lives in an earthquake.

Khan reiterates support and aid to the Turkish people and prayed for the swift recovery of those affected. The two leaders discussed the recent terror attack in Peshawar.

Premier also discussed circumstances related to Islamophobia, he believes leaders of the Muslim world must break the west propaganda of extremism against Muslims.

Muslim leaders should explain to their Western counterparts about the special reverence and love all Muslims feel towards the Holy Prophet (PBUH), PM Imran said.

He said as European states have laws criminalizing the denial of Holocaust and their sentiments for the incidents are respected, likewise, they must also respect the sentiments of Muslims and avoid justifying offensive actions under the garb of freedom of expression.

He was referring to the publication of caricatures of the Holy Prophet (PBUH) in France and the subsequent defence of the move by French President Macron.

Pak-Turkish leaders also agreed that their foreign ministers would meet and continue to engage on issues of mutual interests.