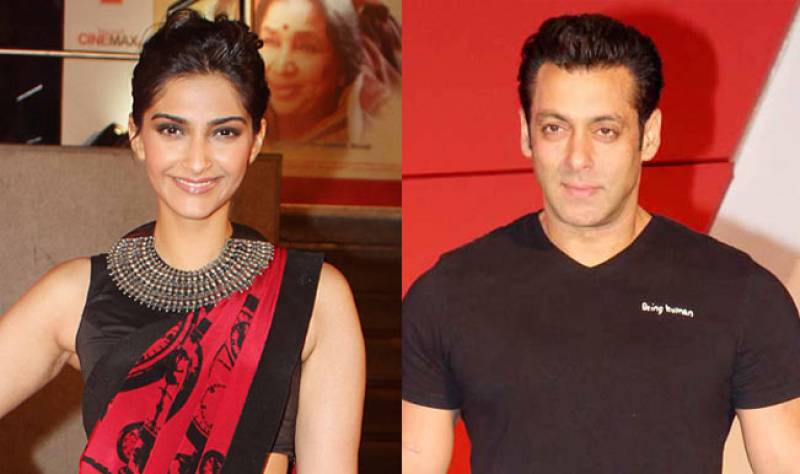 Salman Khan is playing Sonam's opposite character in the film.

More Related: ‘Jawani Phir Nahi Ani’ breaks record of ‘Furious 7′ The actress said "My first with one and only Salman Khan" in the tweet.

Guys!!!!!! #PremRatanDhanPayo 1st look - my first with the one and only @BeingSalmanKhan and @rajshri @prdp #thrilled pic.twitter.com/lNg9ZF61mR

Meanwhile Salman Khan has also shared the poster of his forthcoming project but apparently the movie title can be seen written in Urdu in contrast to the one shared by Sonam Kapoor.

The movie is scheduled to be released on November 12 this year in the season of Diwali.